On a modified quantum statistical mechanics based on the Hartley information 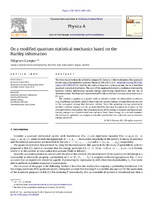 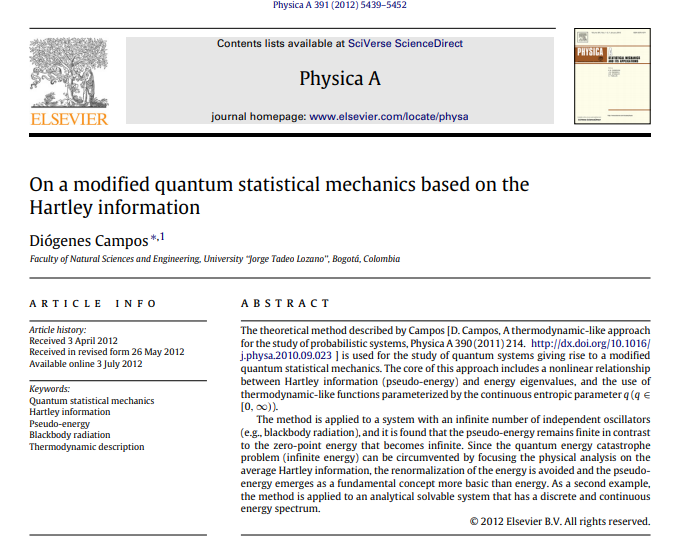 The theoretical method described by Campos [D. Campos, A thermodynamic-like approach for the study of probabilistic systems, Physica A 390 (2011) 214. http://dx.doi.org/10.1016/ j.physa.2010.09.023 ] is used for the study of quantum systems giving rise to a modified quantum statistical mechanics. The core of this approach includes a nonlinear relationship between Hartley information (pseudo-energy) and energy eigenvalues, and the use of thermodynamic-like functions parameterized by the continuous entropic parameter q (q ∈ [0,∞)). The method is applied to a system with an infinite number of independent oscillators (e.g., blackbody radiation), and it is found that the pseudo-energy remains finite in contrast to the zero-point energy that becomes infinite. Since the quantum energy catastrophe problem (infinite energy) can be circumvented by focusing the physical analysis on the average Hartley information, the renormalization of the energy is avoided and the pseudoenergy emerges as a fundamental concept more basic than energy. As a second example, the method is applied to an analytical solvable system that has a discrete and continuous energy spectrum.