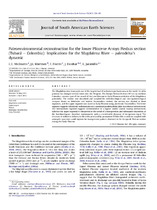 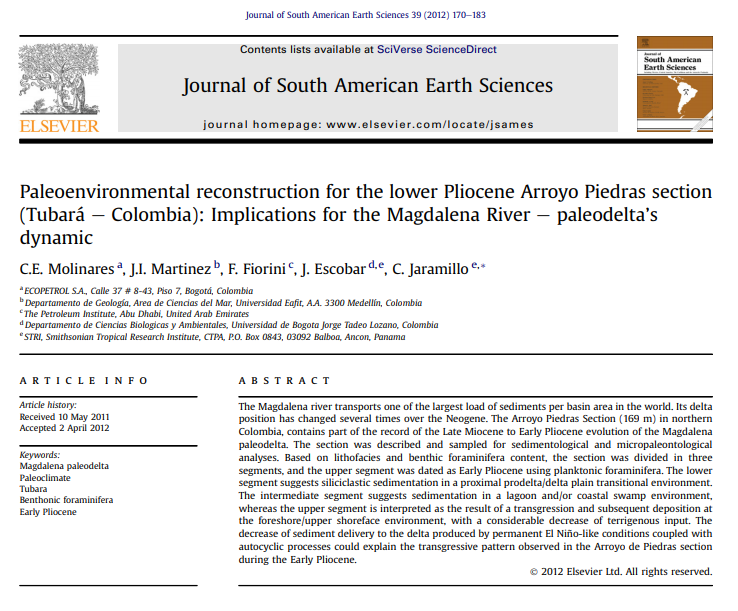 The Magdalena river transports one of the largest load of sediments per basin area in the world. Its delta position has changed several times over the Neogene. The Arroyo Piedras Section (169 m) in northern Colombia, contains part of the record of the Late Miocene to Early Pliocene evolution of the Magdalena paleodelta. The section was described and sampled for sedimentological and micropaleontological analyses. Based on lithofacies and benthic foraminifera content, the section was divided in three segments, and the upper segment was dated as Early Pliocene using planktonic foraminifera. The lower segment suggests siliciclastic sedimentation in a proximal prodelta/delta plain transitional environment. The intermediate segment suggests sedimentation in a lagoon and/or coastal swamp environment, whereas the upper segment is interpreted as the result of a transgression and subsequent deposition at the foreshore/upper shoreface environment, with a considerable decrease of terrigenous input. The decrease of sediment delivery to the delta produced by permanent El Niño-like conditions coupled with autocyclic processes could explain the transgressive pattern observed in the Arroyo de Piedras section during the Early Pliocene.