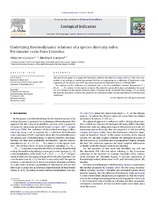 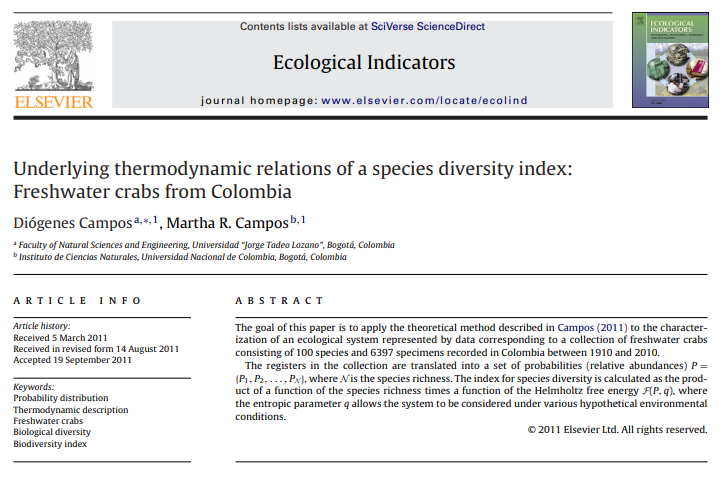 The goal of this paper is to apply the theoretical method described in Campos (2011) to the characterization of an ecological system represented by data corresponding to a collection of freshwater crabs consisting of 100 species and 6397 specimens recorded in Colombia between 1910 and 2010. The registers in the collection are translated into a set of probabilities (relative abundances) P = {P1, P2,. . ., PN}, where N is the species richness. The index for species diversity is calculated as the product of a function of the species richness times a function of the Helmholtz free energy F(P, q), where the entropic parameter q allows the system to be considered under various hypothetical environmental conditions.