Band structure tunability in MoS2 under interlayer compression: A DFT and GW study 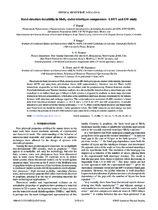 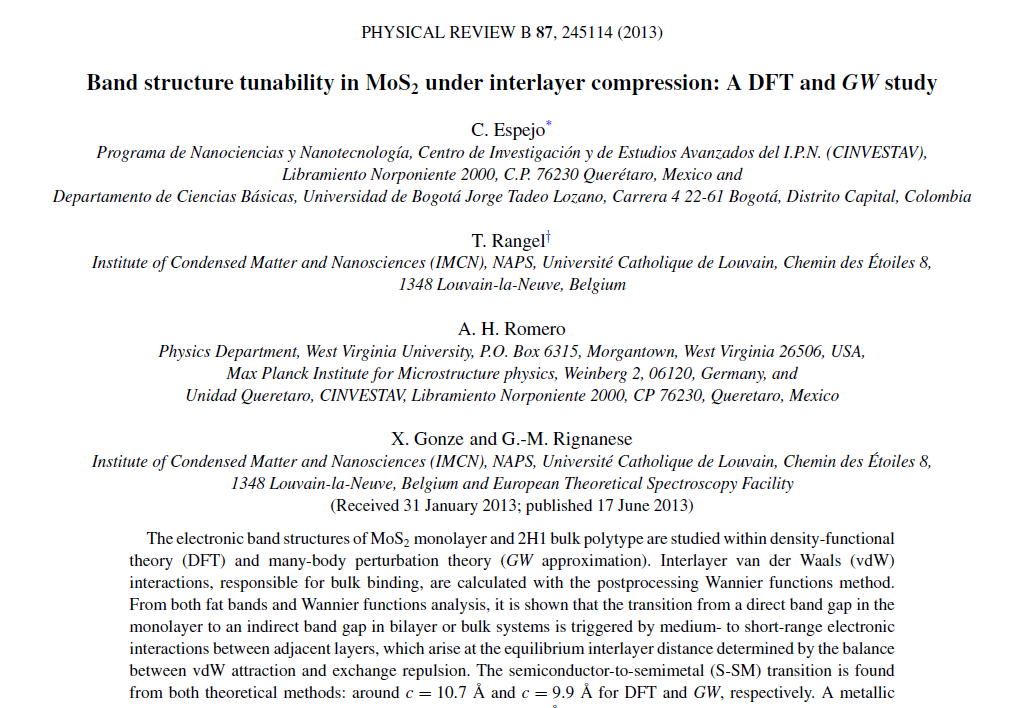 The electronic band structures ofMoS2 monolayer and 2H1 bulk polytype are studied within density-functional theory (DFT) and many-body perturbation theory (GW approximation). Interlayer van der Waals (vdW) interactions, responsible for bulk binding, are calculated with the postprocessing Wannier functions method. From both fat bands and Wannier functions analysis, it is shown that the transition from a direct band gap in the monolayer to an indirect band gap in bilayer or bulk systems is triggered by medium- to short-range electronic interactions between adjacent layers, which arise at the equilibrium interlayer distance determined by the balance between vdW attraction and exchange repulsion. The semiconductor-to-semimetal (S-SM) transition is found from both theoretical methods: around c = 10.7 ° A and c = 9.9 °A for DFT and GW, respectively. A metallic transition is also observed for the interlayer distance c = 9.7 A° . Dirac conelike band structures and linear bands near Fermi level are found for shorter c lattice parameter values. The VdW correction to total energy was used to estimate the pressure at which S-SM transition takes place from a fitting to a model equation of state.