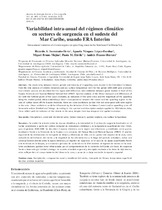 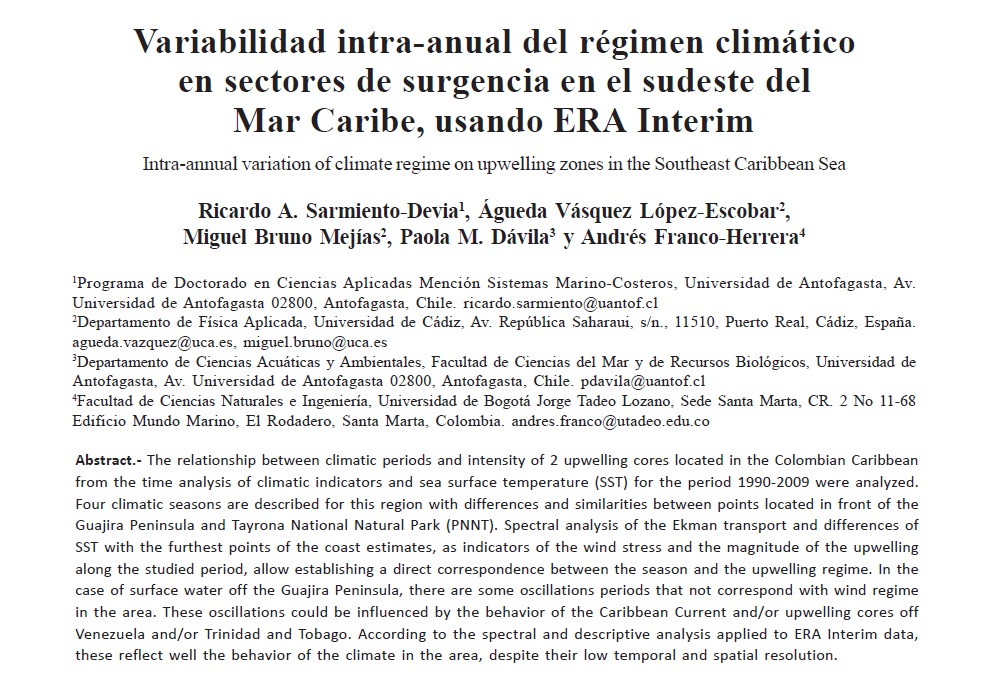 The relationship between climatic periods and intensity of 2 upwelling cores located in the Colombian Caribbean from the time analysis of climatic indicators and sea surface temperature (SST) for the period 1990-2009 were analyzed. Four climatic seasons are described for this region with differences and similarities between points located in front of the Guajira Peninsula and Tayrona National Natural Park (PNNT). Spectral analysis of the Ekman transport and differences of SST with the furthest points of the coast estimates, as indicators of the wind stress and the magnitude of the upwelling along the studied period, allow establishing a direct correspondence between the season and the upwelling regime. In the case of surface water off the Guajira Peninsula, there are some oscillations periods that not correspond with wind regime in the area. These oscillations could be influenced by the behavior of the Caribbean Current and/or upwelling cores off Venezuela and/or Trinidad and Tobago. According to the spectral and descriptive analysis applied to ERA Interim data, these reflect well the behavior of the climate in the area, despite their low temporal and spatial resolution.