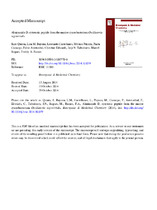 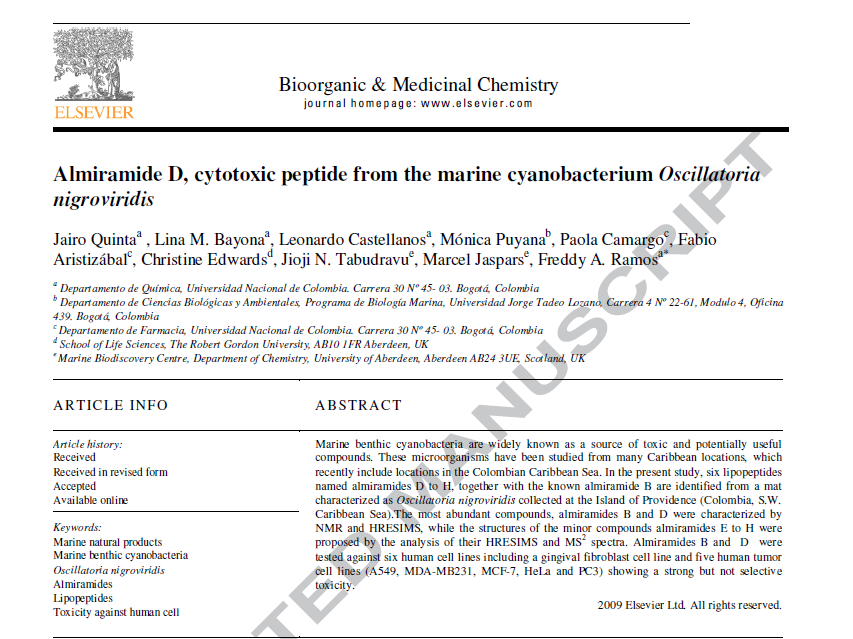 Marine benthic cyanobacteria are widely known as a source of toxic and potentially useful compounds. These microorganisms have been studied from many Caribbean locations, which recently include locations in the Colombian Caribbean Sea. In the present study, six lipopeptides named almiramides D to H, together with the known almiramide B are identified from a mat characterized as Oscillatoria nigroviridis collected at the Island of Providence (Colombia, S.W. Caribbean Sea).The most abundant compounds, almiramides B and D were characterized by NMR and HRESIMS, while the structures of the minor compounds almiramides E to H were proposed by the analysis of their HRESIMS and MS2 spectra. Almiramides B and D were tested against six human cell lines including a gingival fibroblast cell line and five human tumor cell lines (A549, MDA-MB231, MCF-7, HeLa and PC3) showing a strong but not selective