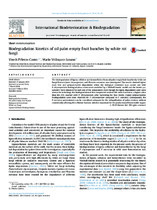 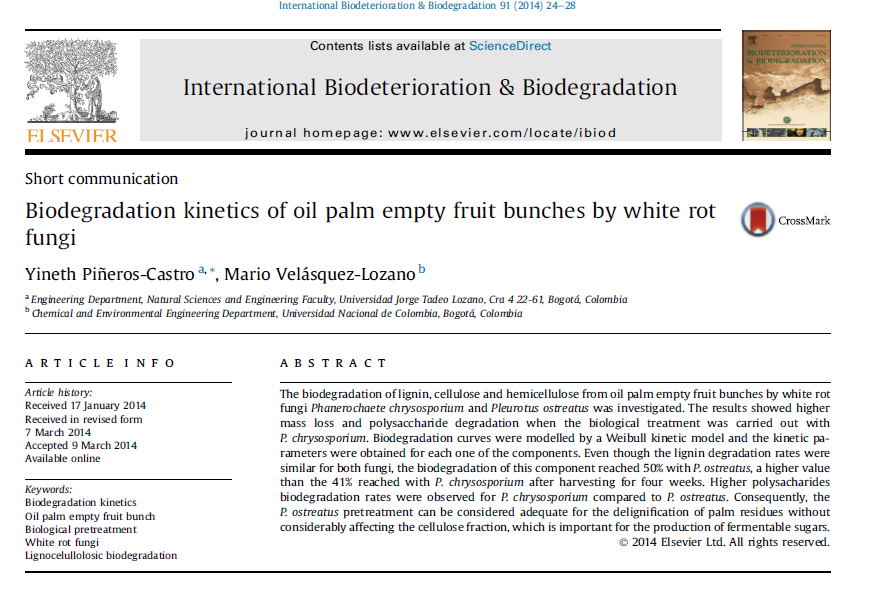 The biodegradation of lignin, cellulose and hemicellulose from oil palm empty fruit bunches by white rot fungi Phanerochaete chrysosporium and Pleurotus ostreatus was investigated. The results showed higher mass loss and polysaccharide degradation when the biological treatment was carried out with P. chrysosporium. Biodegradation curves were modelled by a Weibull kinetic model and the kinetic parameters were obtained for each one of the components. Even though the lignin degradation rates were similar for both fungi, the biodegradation of this component reached 50% with P. ostreatus, a higher value than the 41% reached with P. chrysosporium after harvesting for four weeks. Higher polysacharides biodegradation rates were observed for P. chrysosporium compared to P. ostreatus. Consequently, the P. ostreatus pretreatment can be considered adequate for the delignification of palm residues without considerably affecting the cellulose fraction, which is important for the production of fermentable sugars.