The settlement of disputes concerning states arising from the application of the Statute of the International Criminal Court: balancing sovereignty and the need for an effective and independent ICC 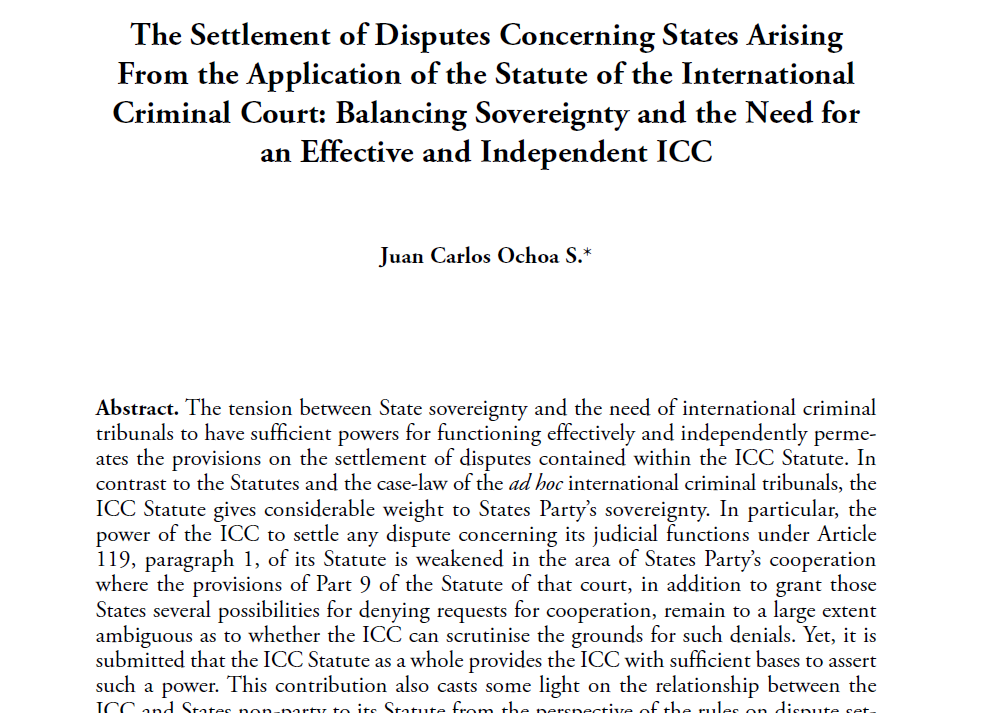 The tension between State sovereignty and the need of international criminal tribunals to have sufficient powers for functioning effectively and independently permeates the provisions on the settlement of disputes contained within the ICC Statute. In contrast to the Statutes and the case-law of the ad hoc international criminal tribunals, the ICC Statute gives considerable weight to States Party’s sovereignty. In particular, the power of the ICC to settle any dispute concerning its judicial functions under Article 119, paragraph 1, of its Statute is weakened in the area of States Party’s cooperation where the provisions of Part 9 of the Statute of that court, in addition to grant those States several possibilities for denying requests for cooperation, remain to a large extent ambiguous as to whether the ICC can scrutinise the grounds for such denials. Yet, it is submitted that the ICC Statute as a whole provides the ICC with sufficient bases to assert such a power. This contribution also casts some light on the relationship between the ICC and States non-party to its Statute from the perspective of the rules on dispute settlement laid down in that international instrument and general international law.