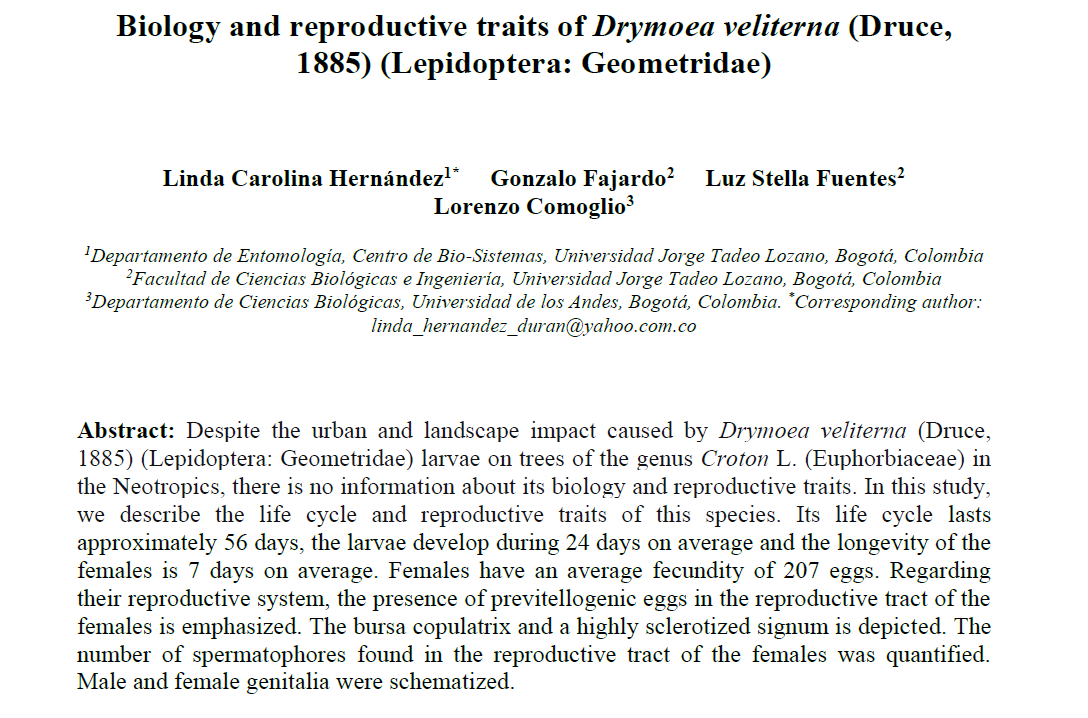 Despite the urban and landscape impact caused by Drymoea veliterna (Druce, 1885) (Lepidoptera: Geometridae) larvae on trees of the genus Croton L. (Euphorbiaceae) in the Neotropics, there is no information about its biology and reproductive traits. In this study, we describe the life cycle and reproductive traits of this species. Its life cycle lasts approximately 56 days, the larvae develop during 24 days on average and the longevity of the females is 7 days on average. Females have an average fecundity of 207 eggs. Regarding their reproductive system, the presence of previtellogenic eggs in the reproductive tract of the females is emphasized. The bursa copulatrix and a highly sclerotized signum is depicted. The number of spermatophores found in the reproductive tract of the females was quantified. Male and female genitalia were schematized.