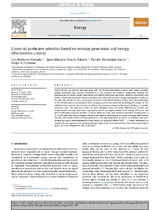 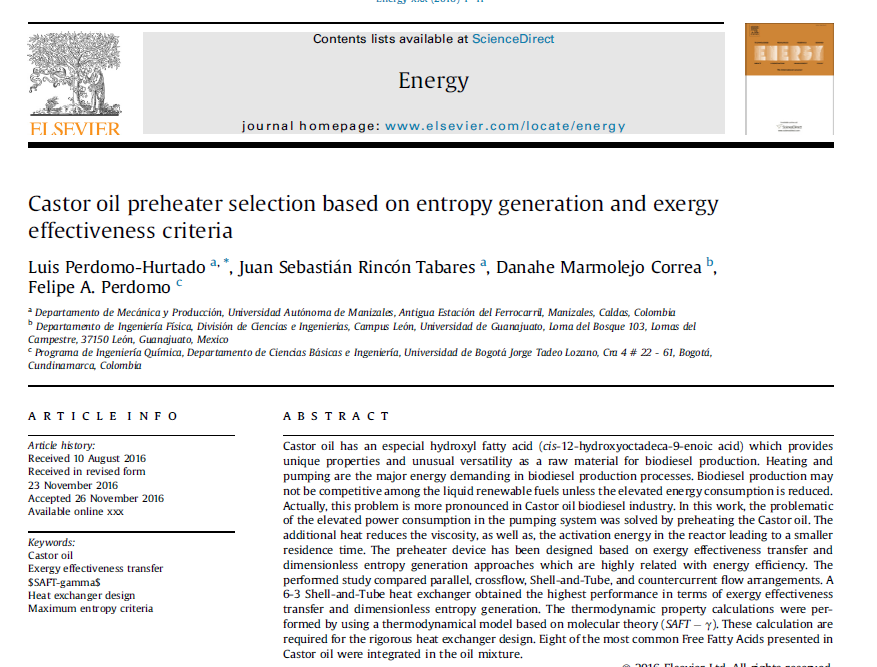 Castor oil has an especial hydroxyl fatty acid (cis-12-hydroxyoctadeca-9-enoic acid) which provides unique properties and unusual versatility as a raw material for biodiesel production. Heating and pumping are the major energy demanding in biodiesel production processes. Biodiesel production may not be competitive among the liquid renewable fuels unless the elevated energy consumption is reduced. Actually, this problem is more pronounced in Castor oil biodiesel industry. In this work, the problematic of the elevated power consumption in the pumping system was solved by preheating the Castor oil. The additional heat reduces the viscosity, as well as, the activation energy in the reactor leading to a smaller residence time. The preheater device has been designed based on exergy effectiveness transfer and dimensionless entropy generation approaches which are highly related with energy efficiency. The performed study compared parallel, crossflow, Shell-and-Tube, and countercurrent flow arrangements. A 6-3 Shell-and-Tube heat exchanger obtained the highest performance in terms of exergy effectiveness transfer and dimensionless entropy generation. The thermodynamic property calculations were performed by using a thermodynamical model based on molecular theory (SAFT g). These calculation are required for the rigorous heat exchanger design. Eight of the most common Free Fatty Acids presented in Castor oil were integrated in the oil mixture.