Social conditions and urban environment associated with participation in the Ciclovia program among adults from Cali, Colombia 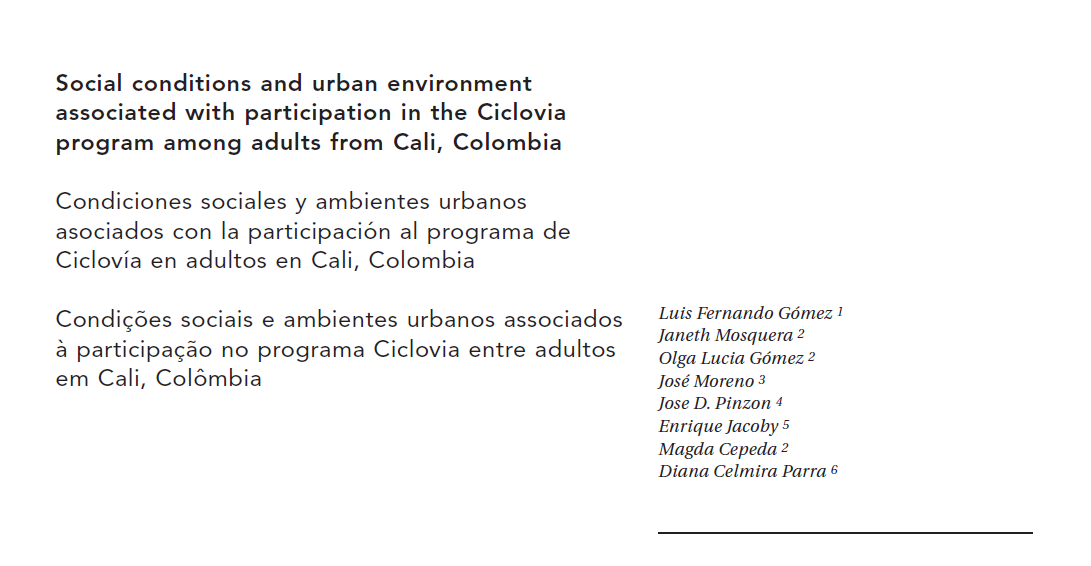 The Ciclovia program (CP) has emerged as an effective initiative to promote active living in urban spaces in Latin America. This study assessed the association between social conditions, the urban environment and participation in the CP among adults living in the city of Cali, Colombia. A cross-sectional study was conducted in 2011 and 2012 among 719 adults aged 18 to 44. Urban environment measures were obtained using Geographic Information Systems. A multilevel logistic regression was used for the analysis. Slightly more than 7% of participants had participated in the CP in the previous four weekends. Being male and having a high school degree were positively associated with participation in the CP. Participation in the CP was positively associated with living in neighborhoods with Ciclovia lanes. In contrast, a negative association was found among those living in neighborhoods with a presence of traffic fatalities. This study provides new insights about a recreational program that has potential health benefits in a region marked by urban inequalities in terms of opportunities for physical activity.