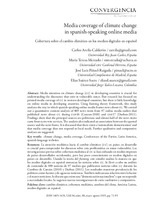 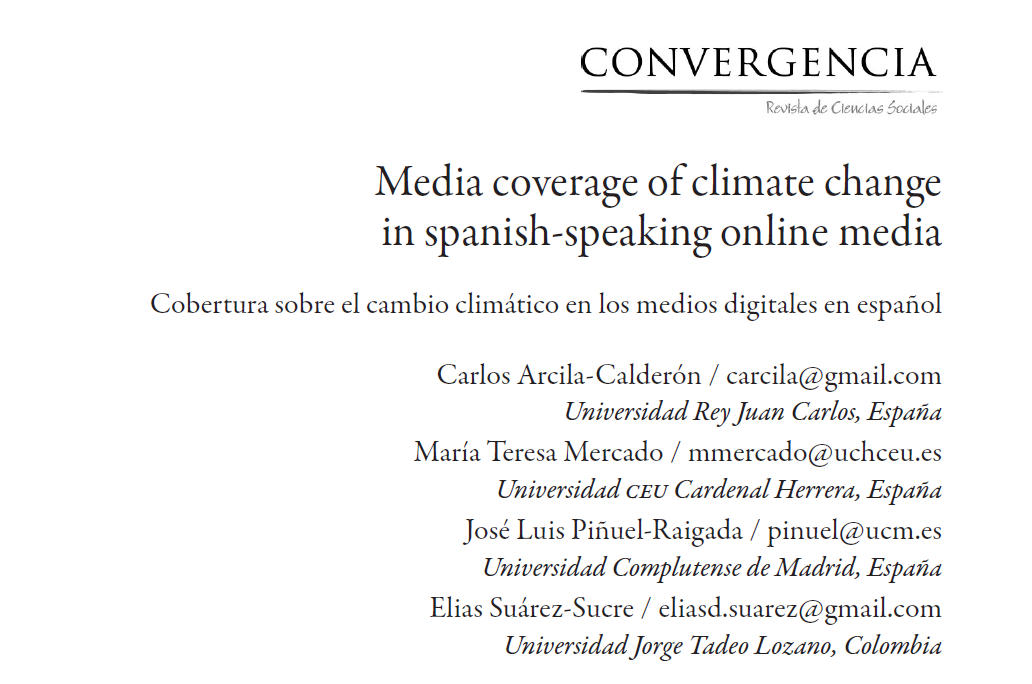 Media attention on climate change (cc) in developing countries is crucial for understanding the discourses that exist in vulnerable zones. Past research has focused on printed media coverage of cc in western developed countries, but there is little knowledge on online media in developing countries. Using framing theory framework, this study analyses the way in which spanish-speaking online media frames news about cc. We carried out a quantitative content analysis of 889 news items from 97 online media outlets that published news about cc during cop16 (Cancun-2010) and cop17 (Durban-2011). Findings show that the principal sources are politicians and almost half of the news items came from news wire services. The analysis also indicated an association between the quoted source and the news frame. It is discussed that there exists a ‘nationalistic domestication’ and that media coverage does not respond to local needs. Further qualitative and comparative analyses are suggested.