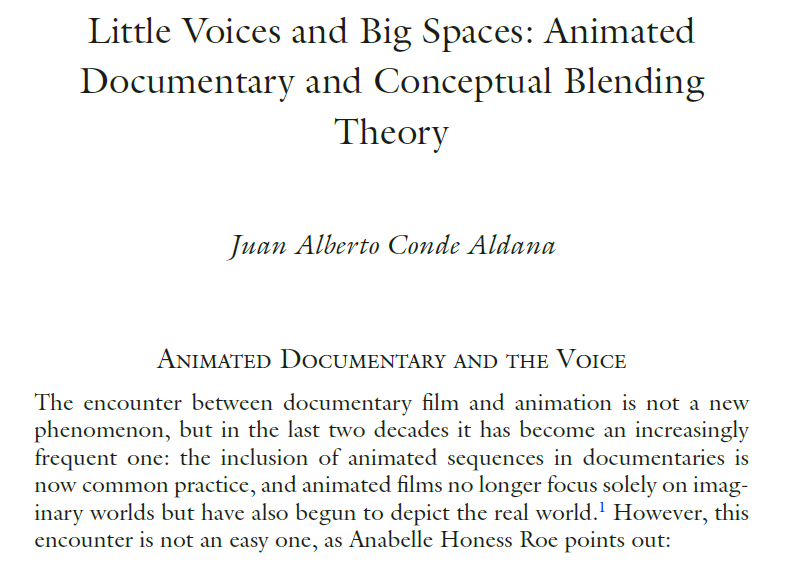 The encounter between documentary film and animation is not a new phenomenon, but in the last two decades it has become an increasingly frequent one: the inclusion of animated sequences in documentaries is now common practice, and animated films no longer focus solely on imaginary worlds but have also begun to depict the real world.1 However, this encounter is not an easy one, as Anabelle Honess Roe points out