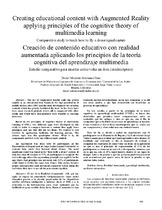 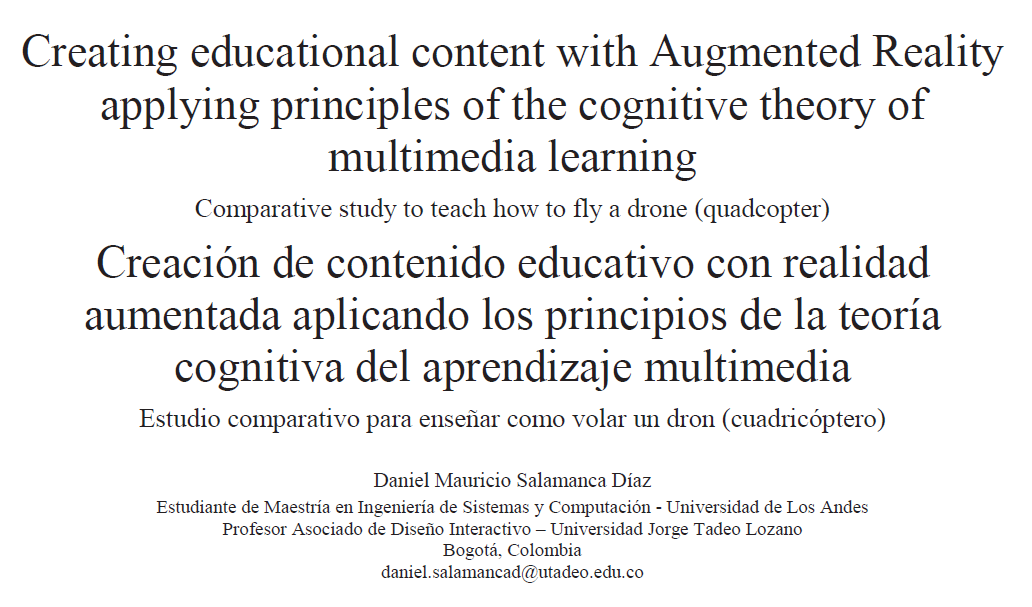 The use of Augmented Reality (AR) has grown rapidly as an educational tool thanks to the high penetration of mobile devices since 2007 and the tools development for creating content, which has greatly facilitated the task. So far there have been many research projects where AR is compared with other media and which have demonstrated their benefits in learning processes. Based on the principles of cognitive theory of multimedia learning (CTML), two different apps were developed in this study in order to compare between a content that apply those principles and one that did not use them. We wanted to test whether its application facilitates the learning process. The chosen topic was the quadcopter drone: What it is, its components and how to fly one with a remote control. An experiment was done with 18 participants at the Planetarium of Bogotá and at Jorge Tadeo Lozano University to evaluate how much they learned about drones. The most significant result was found in the “how to fly a drone” section: It took less than 60 seconds to 77% of participants to complete the test in the app where the segmenting principle was applied. In the app where that principle was not used, only 33% of participants could finish it within the same time frame. This occurs because people could practice each movement separately before doing the test where they have to use all the movements together.