A method for modelling photovoltaic modules under non-standard conditions of solar radiation and ambient temperature in Quibdó, Colombia 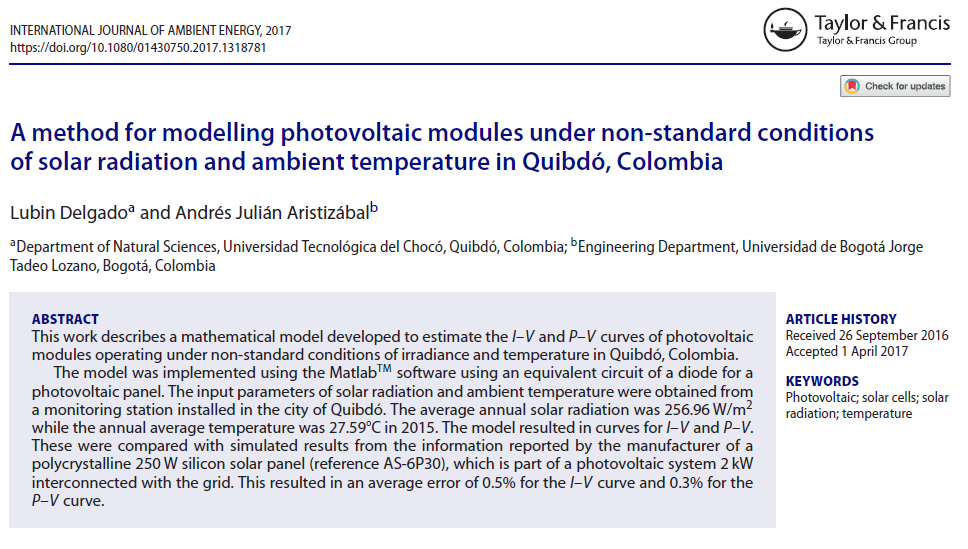 This work describes a mathematical model developed to estimate the I–V and P–V curves of photovoltaic modules operating under non-standard conditions of irradiance and temperature in Quibdó, Colombia. The model was implemented using the MatlabTM software using an equivalent circuit of a diode for a photovoltaic panel. The input parameters of solar radiation and ambient temperature were obtained from a monitoring station installed in the city of Quibdó. The average annual solar radiation was 256.96W/m2 while the annual average temperature was 27.59°C in 2015. The model resulted in curves for I–V and P–V. These were compared with simulated results from the information reported by the manufacturer of a polycrystalline 250W silicon solar panel (reference AS-6P30), which is part of a photovoltaic system 2 kW interconnected with the grid. This resulted in an average error of 0.5% for the I–V curve and 0.3% for the P–V curve.