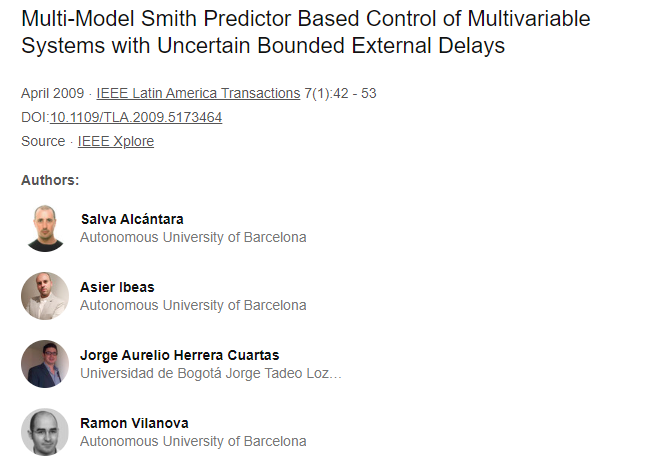 One of the drawbacks of the Smith Predictor (SP) to control systems with external point delays is that its performance is strongly influenced by the knowledge of the time delay of the plant. Hence, as the mismatch between the actual delay of the plant and the nominal one used in the control structure increases, the closed-loop performance degrades accordingly, even potentially causing instability. This effect is particularly important when dealing with multivariable systems, where there is a coupling between input and output variables. In this paper, an intelligent frame to reduce the dasiaa priori' knowledge of the plant delays required in the design of SP controllers for multivariable systems is proposed. The intelligent frame is composed of a set of different plant delay models running in parallel along with a high level supervision algorithm which selects the one that best describes the actual delay of the plant at each time interval to be used for control purposes. In this way, the designer can design the control of the system based on its delay-free part while the appropriate tuning of the delay of the Smith Predictor is performed by the intelligent supervisor. As a consequence, like simulation examples show, the closed-loop performance of the system is improved without the dasiaa priori' requirement of an accurate knowledge of the value for the time delay.