The Handbook of Salutogenesis 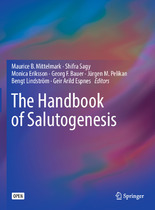 This year marks the 30th anniversary of the Ottawa Charter for Health Promotion—a very appropriate year for this major publication that focuses on the salutogenic orientation and approach. When the Charter was adopted in 1986, it called for a “new public health” which takes its starting point from where health is created in people’s everyday lives. Its commitment to a social model of health as a starting point was built on the history of public health’s greatest achievements and on concepts from the social sciences and the humanities. A range of theories and thinkers had influenced the work on the Charter, such as Ivan Illich, Michel Foucault, Gregory Bateson, Margaret Mead, the Boston Women’s Health Collective and, of course, Aaron Antonovsky. The clarion call of the Charter clearly was to start from health, to think in systems, to empower people and to address the determinants of health.