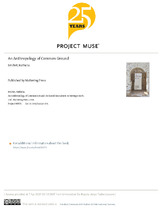 With these introductory words, the two coordinators of the Trankebar Initiative and the Ghana Initiative explained the National Museum of Denmark’s engagements in what the former Director referred to as ‘the hot colonies’. More specifically, these engagements translated into initial steps to renovate a former Governor’s house in India and reconstruct a former plantation named Frederiksgave in Ghana. If successful, they would later be followed up by further projects in the two countries.2