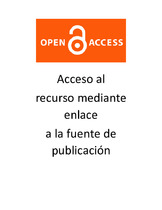 Ancient Knowledge Networks is a book about how knowledge travels, in minds and bodies as well as in writings. It explores the forms knowledge takes and the meanings it accrues, and how these meanings are shaped by the peoples who use it. Addressing the relationships between political power, family ties, religious commitments and literate scholarship in the ancient Middle East of the first millennium BC, Eleanor Robson focuses on two regions where cuneiform script was the predominant writing medium: Assyria in the north of modern-day Syria and Iraq, and Babylonia to the south of modern-day Baghdad. She investigates how networks of knowledge enabled cuneiform intellectual culture to endure and adapt over the course of five world empires until its eventual demise in the mid-first century BC. In doing so, she also studies Assyriological and historical method, both now and over the past two centuries, asking how the field has shaped and been shaped by the academic concerns and fashions of the day. Above all, Ancient Knowledge Networks is an experiment in writing about ‘Mesopotamian science’, as it has often been known, using geographical and social approaches to bring new insights into the intellectual history of the world’s first empires.