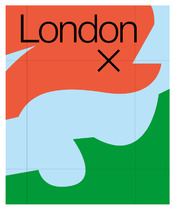 “According to conventional wisdom, fabrication is where raw materials are turned into finished goods on a large scale”, says Gareth Owen Lloyd, coordinator of the Maker Mile. “The image that comes to mind is of industrial buildings on the brown belt of a regional city, and shipping containers packed with products for a global market.” But what if rather than sending objects from a factory far away, citizens could download a design file and do their own fabrication in a local digital manufacturing space? “The future is distributed,” Gareth Owen Lloyd believes. “The products people want and the food they need can be made and grown in a net-work of mini factories, farms and maker spaces scattered over a city and enabled by digital technology and the internet.” The Maker Mile was launched in London in 2015 to promote such a “Fab City”. At the intersection of Mare Street and Regent’s Canal, this informal brand gathers old and new makers from the boroughs of Hackney and Tower Hamlets within a one-mile radius. Among them, you will find Lime Wharf, a “culture factory” hosting the first Fab Lab in London; Surface Matters, a centre of innovative architectural materials; Keeley & Lowe, a printer with a 100-year history; London Hackspace, a community-run workshop where people share digital tools and knowledge; and London Fields Brewery, the first commercial brewery to open in central Hackney since the 19th century. Over time, some 60 organisations have come together to contribute to an ecosystem of producing. Every year in September during the London Design Festival, the Maker Mile opens its doors to the public to increase awareness of local fabrication.