Challenging The City Scale. Lessons from the Journey 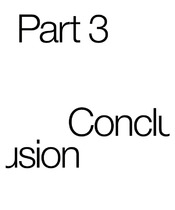 In the year 1322, the English knight John Mandeville left home and embarked on what would become one of the most famous journeys of the Middle Ages. During the next three and a half decades, Sir John visited countless kingdoms, lands, and isles. He served the Sultan of Egypt, fought for the Great Khan of Cathay, and even travelled to the mythical Land of Prester John... We have always conceived of Human Cities as a journey as well. It has been a journey to eleven cities across Europe, and within each city it has been a journey from an initial idea to a fully-fledged experiment. Interestingly, the starting points of the experiments were very different. Experiments took place in disadvantaged inner-city areas, post-industrial zones, modernist housing areas, a university campus, and a range of other locations. As set out in Alice Holmberg’s chapter on co-creation, all experiments were based on a thorough analysis of an area. Looking at how the experiments took shape, it could be said that each of them tried to answer one of the following questions: Is there something missing in the area? Some of the experiments originated from a sense that something was lacking in a part of the city. This is perhaps most clearly illustrated by Pool is Cool in Brussels, where a group of like-minded people with a passion for open-air swimming came together.