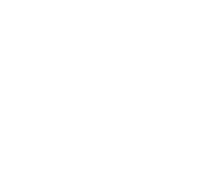 The volume contains the results of the research project "Governance Analysis Project (GAP) for the Smart Energy City. The actualization of Smart Cities in the Metropolitan Areas of Europe and Italy” conducted within the PON “Smart Energy Master for the energy management of the territory” at the University Federico II of Naples (TeMA Lab of the Department of Civil, Architectural and Environmental Engineering). Smart Cities have gained increasing relevance in the scientific debate and in the national and international operational practice, emerging as one of the opportunities to rethink cities and, more generally, the life of urban communities. First reflections, researches and projects on the issue seem to converge towards the idea that a “smart” urban development should not only be a result of the yet necessary and unavoidable infrastructural endowment (physical capital) and of its continuing innovation, but also of the quality of human, social and environmental capital, conceived as strategic factors for development. A “smart” city is, primarily, a city able to effectively satisfy the needs of its citizens respecting the rules imposed by the environmental context. It is in such a debate that the project GAP fits with the aim to address Smart Cities in light of the administrative reorganization of Italian large cities as a consequence of the Law 56/2014. With a scientific approach, the volume provides a comprehensive and updated framework of how Italian and European Metropolitan cities are declining the Smart City issue and this thanks to the collection of a wide-ranging screening represented by more than 1.000 initiatives including researches, projects, interventions, technologies, etc. Furthermore, one original element of this research is that after an analysis conducted through indirect sources, a phase of dialogue with “stakeholders” was carried out (and of this there is a wide picture in the volume in which, by the way, are reported long excerpts of the interviews). This has enabled to give a clearer framework of what is now experimenting in Italian and European cities, avoiding being totally naïve for interventions and projects labelled as “smart”, but often lacking of innovative methods and contents. The volume is articulated in 16 chapters: two chapters present the comparison among 12 Italian metropolitan cities, instituted by Law 56/2014, with reference to the ongoing experimentations (chap.1) and indicators of smartness (chap.2); one chapter (chap.15) illustrates how 5 European cities (Amsterdam, Barcelona, Berlin, Bristol and Bruxelles) are interpreting the Smart City model; one chapter (chap.16) illustrates the ongoing experimentation in 3 Italian metropolitan cities (Milan, Venice and Bologna) directly explained by those who are carrying on the interventions (local technical bodies or associations); the remainder chapters are dedicated each to one of the 12 metropolitan cities analyzed (Milan, Turin, Genoa, Venice, Bologna, Florence, Rome, Naples, Bari, Reggio Calabria, Palermo and Catania).