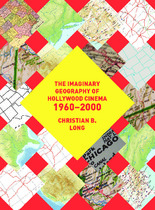 Where do we mean when we say ‘Hollywood cinema’? Do we mean contemporary suburban Los Angeles, 1970s New York, a mid-century Midwestern small town, a Gilded Age Wild West town, a Civil War plantation, somewhere in space, all of the above, or none of the above? Has Hollywood cinema been associated with the same places throughout its history? What are the privileged – and invisible – places in Hollywood cinema? Film has from its beginnings been a major part of urban – and, increasingly, suburban – life, in theatres, nickelodeons, picture palaces, and multiplexes. As film exhibition has migrated, have film settings migrated as well? Do box office blockbusters, minor hits, and year-end awards lists describe the same country? Because cinema, by virtue of its cinematographic apparatus, is always literally set somewhere, the public spaces that it affords for placing and locating stories act as home bases for a putative national identity, whether that space is ‘real’ like The French Connection’s (Friedkin, 1971) New York or fantastic like Star Wars’ (Lucas, 1977) Tatooine.