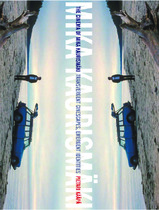 I n summer 2008, cultural columns of Finnish newspapers were reporting an unusual occurrence – Mika Kaurismäki, one of the most well-known Finnish directors, was starting production on a major new film: Haarautuvan Rakkauden Talo/The House of Branching Love (Mika Kaurismäki, 2009). Normally, the start of a new Finnish production would be met with some enthusiasm, but certainly not the type of large-scale interest afforded to Kaurismäki’s film. Shortly after this event, on 14 November 2008, the Finnish multiplexes started screening a somewhat unusual film amongst the usual Hollywood Christmas blockbusters and large-scale domestic productions: Kaurismäki’s Kolme Viisasta Miestä/Three Wise Men (Mika Kaurismäki, 2008). The film, focused on three middle-aged divorced men who meet by chance on Christmas Eve, was a no-budget production that presented a distinctly bleak alternative to all the popcorn-fodder available for vacationing consumers. The reviews for the film were mostly positive, but most of the column space was devoted to Kaurismäki and his return to Finland after years of international co-productions. Yet, the film attracted only 1054 spectators. How can we explain these contradictory modes of reception for Kaurismäki and his films? What are the reasons for the critics’ enthusiasm for Kaurismäki’s return and the clear disinterest of the audiences for Three Wise Men? Why would the Finnish multiplexes release a distinctly non-commercial film at one of the busiest times of the year? And what is the significance of Kaurismäki’s intervention in the topic of Christmas celebrations: a festival seen in Finland as a distinctly family-centred national event? The discourses of national culture, popular entertainment, non-commercial art-house characteristics, and a distinctly bleak view of societal alienation intertwine in Kaurismäki’s films and the discourse around his work. The introduction of this work will explore these questions as many of these seemingly banal instances hold a key to unpacking Kaurismäki’s complex relationship with Finland. Before we move on to discuss some of the potential implications of Kaurismäki’s complex relationship with his native country, we have to explore the implications of ‘return’ in more depth through a brief retrospective of his career.