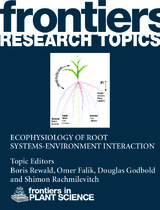 There is a scarcity of detailed information regarding the ecophysiology of root systems and the way root system functioning is affected by both internal and external factors. Furthermore, global climate change is expected to increase the intensity of climate extremes, such as severe drought, heat waves and periods of heavy rainfall; in addition other stresses such as salinization of soils are increasing world-wide. Recently an increasing awareness has developed that understanding plant traits will play a major role in breeding of future crop plants. For example, there is increasing evidence that the traits of root systems are defined by the properties of individual roots. However, further knowledge on the functional importance of root segments and the molecular/physiological mechanisms underlying root system functioning and persistence is needed, and would specifically allow modifying (crop) root system functionality and efficiency in the future. Another major gap in knowledge is localized at the root-soil interface and in regard to the potential adaptive plasticity of root-rhizosphere interactions under abiotic stress and/or competition. It is currently unknown whether adaptations in microbe communities occur, for example due to modified exudation rates, and what are the subsequent influences on nutrient mobilization and uptake. Furthermore, uncovering the mechanisms by which roots perceive neighboring roots may not only contribute to our understanding of plant developmental strategies, but also has important implications on the study of competitive interactions in natural communities, and in optimizing plant performance and resource use in agricultural and silvicultural systems. In this Research Topic, we aimed to provide an on-line, open-access snapshot of the current state of the art of the field of root ecology and physiology, with special focus on the translation of root structure to function, and how root systems are influenced by interplay with internal and external factors such as abiotic stress, microbes and plant-plant interaction. We welcomed original research papers, but reviews of specific topics, articles formulating opinions or describing cutting-edge methods were also gladly accepted.