Cultural heritage in the realm of the commons: Conversations on the case of Greece 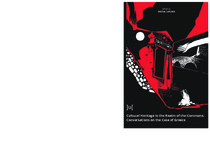 The idea of commons, quite rightly, has gained an increased currency in recent years. This has happened in many fields, several of which contribute to this collection, but – unsurprisingly given the millennia-long history of landbased commons – it has become increasingly visible in the field of heritageand-landscape discourse as much as in any field. Unfortunately, however, the word ‘commons’ is far too often prefaced by the words ‘tragedy of ’. The blame for this rests on a short, misunderstood paper published half a century ago by the American neo-Malthusian ecologist Garret Hardin, to which far too much attention has been paid (Hardin 1968).