The changing faces of glutathione, a cellular protagonist 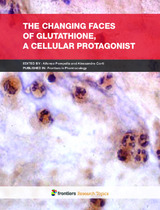 Glutathione (GSH) has been described for a long time just as a defensive reagent against the action of toxic xenobiotics (drugs, pollutants, carcinogens), both directly and as a cofactor for GSH transferases. As a prototype antioxidant, it has been involved in cell protection from the noxious effect of excess oxidant stress, both directly and as a cofactor of glutathione peroxidases. In addition, it has long been known that GSH is capable of forming disulfide bonds with cysteine residues of proteins, and the relevance of this mechanism ("S-glutathionylation") in regulation of protein function has been well documented in a number of research fields. Rather paradoxically, it has also been highlighted that GSH—and notably its catabolites, as originated by metabolism by gamma-glutamyltransferase—can promote oxidative processes, by participating in metal ion-mediated reactions eventually leading to formation of reactive oxygen species and free radicals. Also, a fundamental role of GSH has been recognized in the storage and transport of nitric oxide (NO), in the form of S-nitrosoglutathione (GSNO). The significance of GSH as a major factor in regulation of cell life, proliferation, and death, can be regarded as the integrated result of all these roles, as well as of more which are emerging in diverse fields of biology and pathophysiology. Against this background, modulation of GSH levels and GSH-related enzyme activities represents a fertile field for experimental pharmacology in numerous and diverse perspectives of animal, plant and microbiologic research. This research topic includes 14 articles, i.e. 4 Opinion Articles, 6 Reviews, and 4 Original Research Articles. The contributions by several distinguished research groups, each from his own standpoint of competence and expertise, provide a comprehensive and updated view over the diverse roles, the changing faces of GSH and GSH-related enzymes in cell’s health, disease and death.