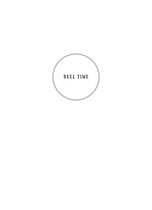 Reel Time charts the growth of movie exhibition as a business venture and, by extension, documents the conditions of moviegoing as a social practice in the Canadian prairies, primarily during the heyday of the indoor, single-screen facility. We focus on selected entrepreneurs and on some of the more important facilities they operated in the region’s major cities. We place movie exhibition and moviegoing in the context of spectator-oriented leisure-time pursuits, framing them with reference to the factors that determine the nature of the leisure-time activities that people in particular localities engage in.1 Operators of amusement venues played a key role in defining as well as controlling the leisuretime activities of working-class and middle-class people across North America, contributing significantly to the emergence of mass culture in the first half of the twentieth century. We tell the story of those entertainment entrepreneurs who established movie exhibition as a legitimate business in prairie Canada, responded to campaigns to reform the industry, designed safe and comfortable facilities, and founded the national movie theatre chains, namely, Allen Theatre Enterprises, Famous Players, and Odeon Theatres. Reel Time thus examines such topics as theatre design, programming strategies, seating arrangements, pricing policies, marketing schemes, and expansion, with a view to illuminating the centralizing and standardizing processes at work in the commercialization of public leisure-time activities in general and in moviegoing in particular.