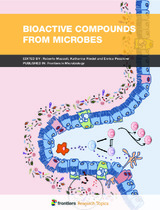 Microorganisms have had a long and surprising history. They were “invisible” until invention of microscope in the 17th century. Until that date, although they were extensively (but inconsciously) employed in food preservation, beer and wine fermentation, cheese, vinegar, yogurt and bread making, as well as being the causative agents of infectious diseases, they were considered as “not-existing”. The work of Pasteur in the middle of the 19th century revealed several biological activities performed by microorganisms including fermentations and pathogenicity. Due to the urgent issue to treat infectious diseases (the main cause of death at those times) the “positive potential” of the microbial world has been neglected for about one century. Once the fight against the “evil” strains was fulfilled also thanks to the antibiotics, industry began to appreciate bacteria’s beneficial characteristics and exploit selected strains as starters for both food fermentations and aroma, enzyme and texturing agent production. However, it was only at the end of the 20th century that the probiotic potential of some bacteria such as lactic acid bacteria and bifidobacteria was fully recognized. Very recently, apart from the probiotic activity of in toto bacteria, attention has begun to be directed to the chemical mediators of the probiotic effect. Thanks also to the improvement of techniques such as transcriptomics, proteomics and metabolomics, several bioactive compounds are continuously being discovered. Bioactive molecules produced by bacteria, yeasts and virus-infected cells proved to be important for improving or impairing human health. The most important result of last years’ research concerns the discovery that a very complex network of signals allows communication between organisms (from intra-species interactions to inter-kingdom signaling). Based on these findings a completely new approach has arisen: the system biology standpoind. Actually, the different organisms colonizing a certain environmental niche are not merely interacting with each other as individuals but should be considered as a whole complex ecosystem continuously exchanging information at the molecular level. In this context, this topic issue explores both antagonistic compounds (i.e. antibiotics) and “multiple function” cooperative molecules improving the physiological status of both stimulators and targets of this network. From the applicative viewpoint, these molecules could be hopefully exploited to develop new pharmaceuticals and/or nutraceuticals for improving human health.