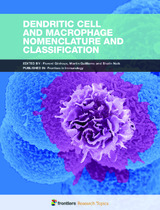 The mononuclear phagocyte system (MPS) comprises dendritic cells (DCs), monocytes and macrophages (MØs) that together play crucial roles in tissue immunity and homeostasis, but also contribute to a broad spectrum of pathologies. They are thus attractive therapeutic targets for immune therapy. However, the distinction between DCs, monocytes and MØ subpopulations has been a matter of controversy and the current nomenclature has been a confounding factor. DCs are remarkably heterogeneous and consist of multiple subsets traditionally defined by their expression of various surface markers. While markers are important to define various populations of the MPS, they do not specifically define the intrinsic nature of a cell population and do not always segregate a bona fide cell type of relative homogeneity. Markers are redundant, or simply define distinct activation states within one subset rather than independent subpopulations. One example are the steady-state CD11b+ DCs which are often not distinguished from monocytes, monocyte-derived cells, and macrophages due to their overlapping phenotype. Lastly, monocyte fate during inflammation results in cells bearing the phenotypic and functional features of both DCs and MØs significantly adding to the confusion. In fact, depending on the context of the study and the focus of the laboratory, a monocyte-derived cell will be either be called "monocyte-derived DCs" or "macrophages". Because the names we give to cells are often associated with a functional connotation, this is much more than simple semantics. The "name" we give to a population fundamentally changes the perception of its biology and can impact on research design and interpretation. Recent evidence in the ontogeny and transcriptional regulation of DCs and MØs, combined with the identification of DC- and MØ-specific markers has dramatically changed our understanding of their interrelationship in the steady state and inflammation. In steady state, DCs are constantly replaced by circulating blood precursors that arise from committed progenitors in the bone marrow. Similarly, some MØ populations are also constantly replaced by circulating blood monocytes. However, others tissue MØs are derived from embryonic precursors, are seeded before birth and maintain themselves in adults by self-renewal. In inflammation, such differentiation pathways are fundamentally changed and unique monocyte-derived inflammatory cells are generated. Current DC, monocyte and MØ nomenclature does not take into account these new developments and as a consequence is quite confusing. We believe that the field is in need of a fresh view on this topic as well as an upfront debate on DC and MØ nomenclature. Our aim is to bring expert junior and senior scientists to revisit this topic in light of these recent developments. This Research Topic will cover all aspects of DC, monocyte and MØ biology including development, transcriptional regulation, functional specializations, in lymphoid and non-lymphoid tissues, and in both human and mouse models. Given the central position of DCs, monocytes and MØs in tissue homeostasis, immunity and disease, this topic should be of interest to a large spectrum of the biomedical community.