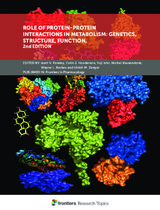 Genetic variations may change the structure and function of individual proteins as well as affect their interactions with other proteins and thereby impact metabolic processes dependent on protein-protein interactions. For example, cytochrome P450 proteins, which metabolize a vast array of drugs, steroids and other xenobiotics, are dependent on interactions with redox and allosteric partner proteins for their localization, stability, (catalytic) function and metabolic diversity (reactions). Genetic variations may impact such interactions by changing the splicing and/or amino acid sequence which in turn may impact protein topology, localization, post translational modifications and three dimensional structure. More generally, research on single gene defects and their role in disease, as well as recent large scale sequencing studies suggest that a large number of genetic variations may contribute to disease not only by affecting gene function or expression but also by modulating complex protein interaction networks. The aim of this research topic is to bring together researchers working in the area of drug, steroid and xenobiotic metabolism who are studying protein-protein inter- actions, to describe their recent advances in the field. We are aiming for a com- prehensive analysis of the subject from different approaches including genetics, proteomics, transcriptomics, structural biology, biochemistry and pharmacology. Of particular interest are papers dealing with translational research describing the role of novel genetic variations altering protein-protein interaction. Authors may submit original articles, reviews and opinion or hypothesis papers dealing with the role of protein-protein interactions in health and disease.