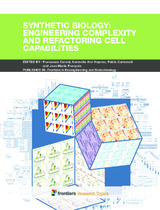 One of the key features of biological systems is complexity, where the behavior of high level structures is more than the sum of the direct interactions between single components. Synthetic Biologists aim to use rational design to build new systems that do not already exist in nature and that exhibit useful biological functions with different levels of complexity. One such case is metabolic engineering, where, with the advent of genetic and protein engineering, by supplying cells with chemically synthesized non-natural amino acids and sugars as new building blocks, it is now becoming feasible to introduce novel physical and chemical functions and properties into biological entities. The rules of how complex behaviors arise, however, are not yet well understood. For instance, instead of considering cells as inert chassis in which synthetic devices could be easily operated to impart new functions, the presence of these systems may impact cell physiology with reported effects on transcription, translation, metabolic fitness and optimal resource allocation. The result of these changes in the chassis may be failure of the synthetic device, unexpected or reduced device behavior, or perhaps a more permissive environment in which the synthetic device is allowed to function. While new efforts have already been made to increase standardization and characterization of biological components in order to have well known parts as building blocks for the construction of more complex devices, also new strategies are emerging to better understand the biological dynamics underlying the phenomena we observe. For example, it has been shown that the features of single biological components [i.e. promoter strength, ribosome binding affinity, etc] change depending on the context where the sequences are allocated. Thus, new technical approaches have been adopted to preserve single components activity, as genomic insulation or the utilization of prediction algorithms able to take biological context into account. There have been noteworthy advances for synthetic biology in clinical technologies, biofuel production, and pharmaceuticals production; also, metabolic engineering combined with microbial selection/adaptation and fermentation processes allowed to make remarkable progress towards bio-products formation such as bioethanol, succinate, malate and, more interestingly, heterologous products or even non-natural metabolites. However, despite the many progresses, it is still clear that ad hoc trial and error predominates over purely bottom-up, rational design approaches in the synthetic biology community. In this scenario, modelling approaches are often used as a descriptive tool rather than for the prediction of complex behaviors. The initial confidence on a pure reductionist approach to the biological world has left space to a new and deeper investigation of the complexity of biological processes to gain new insights and broaden the categories of synthetic biology. In this Research Topic we host contributions that explore and address two areas of Synthetic Biology at the intersection between rational design and natural complexity: (1) the impact of synthetic devices on the host cell, or "chassis" and (2) the impact of context on the synthetic devices. Particular attention will be given to the application of these principles to the rewiring of cell metabolism in a bottom-up fashion to produce non-natural metabolites or chemicals that should eventually serve as a substitute for petrol-derived chemicals, and, on a long-term view, to provide economical, ecological and ethical solutions to today’s energetic and societal challenges.