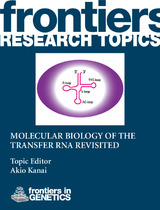 Transfer RNAs (tRNAs) are one of the classical non-coding RNAs whose lengths are approximately 70–100 bases. The secondary structure of tRNAs can be represented as the cloverleaf with 4 stems, and the three dimensional structure as an “L” shape. Historically, the basic function of tRNA as an essential component of translation was established in 1960s, i.e., each tRNA is charged with a target amino acid and these are delivered to the ribosome during protein synthesis. However, recent data suggests that the role of tRNA in cellular regulation goes beyond this paradigm. In most Archaea and Eukarya, precursor tRNAs are often interrupted by a short intron inserted strictly between the first and second nucleotide downstream of the anticodon, known as canonical nucleotide position (37/38). Recently, a number of reports describe novel aspects of tRNAs in terms of gene diversity, for example, several types of disrupted tRNA genes have been reported in the Archaea and primitive Eukarya, including multiple-intron-containing tRNA genes, split tRNA genes, and permuted tRNA genes. Our understanding of the enzymes involved in tRNA functions (e.g., aminoacyl-tRNA synthetase, tRNA splicing endonuclease, tRNA ligase) has deepened. Moreover, it is well known that tRNA possesses many types of base modifications whose enzymatic regulations remain to be fully elucidated. It was reported that impaired tRNA nuclear-cytoplasmic export links DNA damage and cell-cycle checkpoint. Furthermore, a variety of additional functions of tRNA, beyond its translation of the genetic code, have emerged rapidly. For instance, tRNA cleavage is a conserved part of the responses to a variety of stresses in eukaryotic cells. Age-associated or tissue-specific tRNA fragmentation has also been observed. Several papers suggested that some of these tRNA fragments might be involve in the cellular RNA interference (RNAi) system. These exciting data, have lead to this call for a Research Topic, that plans to revisit and summarize the molecular biology of tRNA. Beyond the topics outlined above, we have highlighted recent developments in bioinformatics tools and databases for tRNA analyses.