20 years of The Lancet Oncology: how scientific should oncology be? 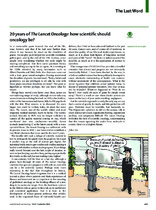 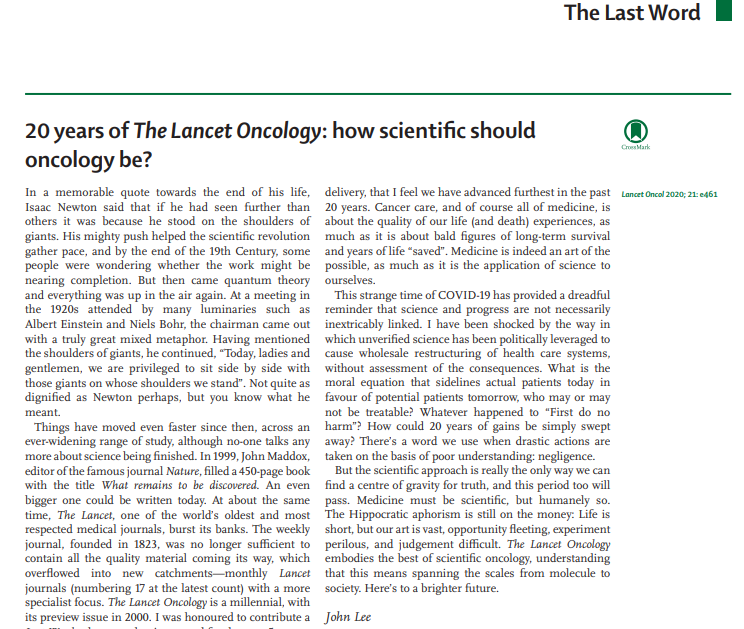 In a memorable quote towards the end of his life, Isaac Newton said that if he had seen further than others it was because he stood on the shoulders of giants. His mighty push helped the scientific revolution gather pace, and by the end of the 19th Century, some people were wondering whether the work might be nearing completion. But then came quantum theory and everything was up in the air again. At a meeting in the 1920s attended by many luminaries such as Albert Einstein and Niels Bohr, the chairman came out with a truly great mixed metaphor. Having mentioned the shoulders of giants, he continued, “Today, ladies and gentlemen, we are privileged to sit side by side with those giants on whose shoulders we stand”. Not quite as dignified as Newton perhaps, but you know what he meant. Things