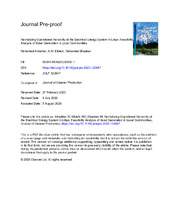 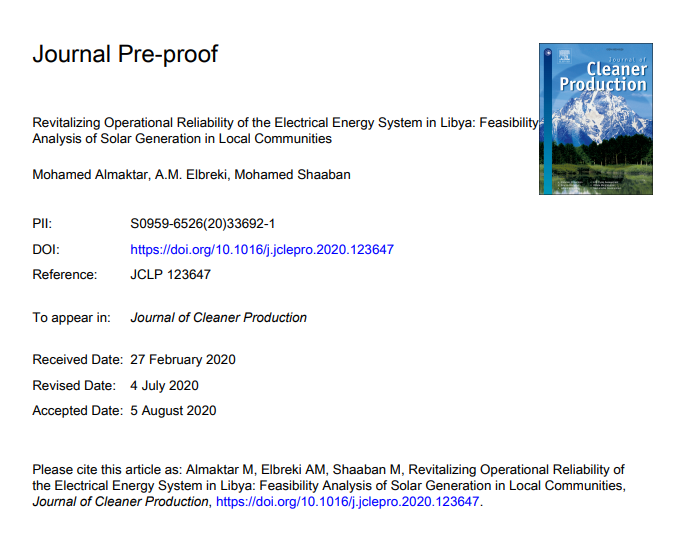 The political upheaval and the civil war in Libya had a painful toll on the operational reliability of the electric energy supply system. With frequent power cuts and crumbling infrastructure, mainly due to the damage inflicted upon several power plants and grid assets as well as the lack of maintenance, many Libyans are left without electricity for several hours a day. As the country has a staggeringly immense potential of solar energy, it is inevitable to exploit such potential, to avert system-wide blackouts. This paper investigates the use of small-scale PV systems in local communities as non-wires alternative (NWA), offering excess energy exchange within local/neighboring microgrids (MGs) for reliable electric power supply. Different combinations of PV/storage/diesel distributed generations (DGs), with grid-interface options, were applied on a case study of a typical dwelling in the Eastern Libyan city of Benghazi. Technical and financial feasibility assessments were carried out to contrast between various supply combinations. Sensitivity analysis of the PV-grid system was also conducted using Net Present Value (NPV) and the payback time indicators to determine the impacts of Feed-in Tariff (FiT) rates, financial incentives, electricity tariff, and inflation rate on the economic viability of the PV grid system. Results show that the PV-grid system has a promising potential under reasonable set of varying system parameters. On top of its social and environmental-friendly advantages, the PV-battery system is found to be more economical when adopted as a standalone NWA solution as compared to the diesel generator option, even at the lowest diesel price. The PV-grid system does not only provide a short-term remedy to the rolling blackouts in Libya but also enhances system operational reliability by providing a NWA to rundown or shattered grid infrastructure, thus bolstering energy provision in residential neighborhoods.