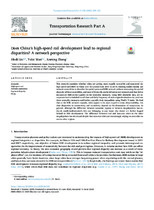 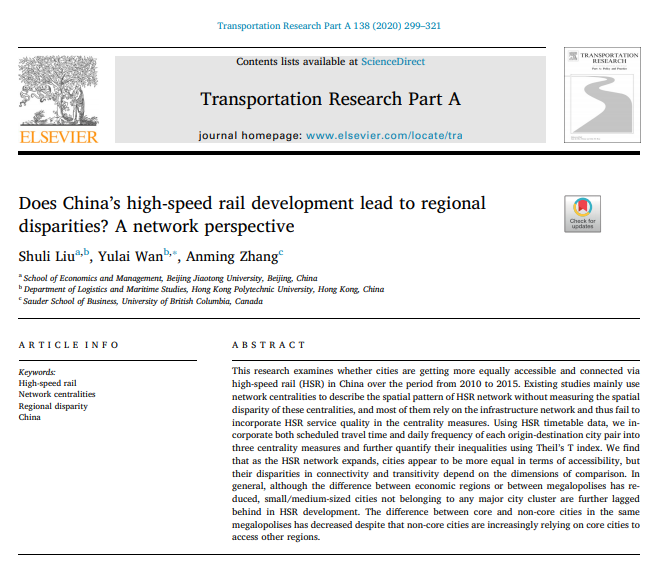 This research examines whether cities are getting more equally accessible and connected via high-speed rail (HSR) in China over the period from 2010 to 2015. Existing studies mainly use network centralities to describe the spatial pattern of HSR network without measuring the spatial disparity of these centralities, and most of them rely on the infrastructure network and thus fail to incorporate HSR service quality in the centrality measures. Using HSR timetable data, we incorporate both scheduled travel time and daily frequency of each origin-destination city pair into three centrality measures and further quantify their inequalities using Theil’s T index. We find that as the HSR network expands, cities appear to be more equal in terms of accessibility, but their disparities in connectivity and transitivity depend on the dimensions of comparison. In general, although the difference between economic regions or between megalopolises has reduced, small/medium-sized cities not belonging to any major city cluster are further lagged behind in HSR development. The difference between core and non-core cities in the same megalopolises has decreased despite that non-core cities are increasingly relying on core cities to access other regions.