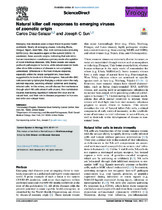 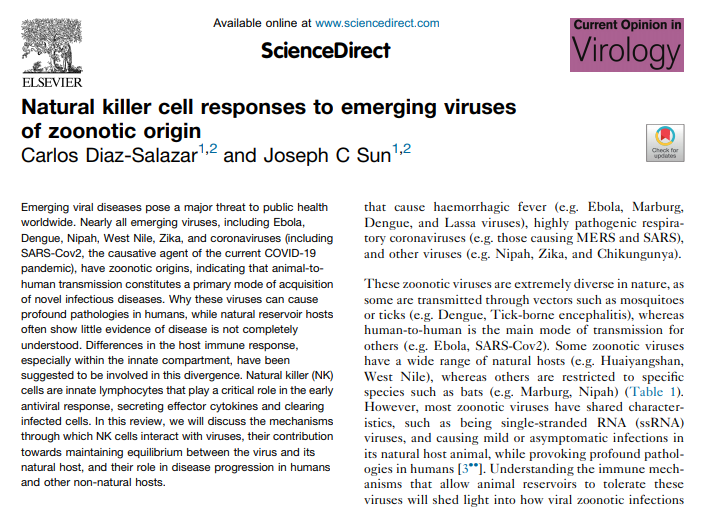 Emerging viral diseases pose an ongoing threat to mankind, especially in a globalized and highly interconnected world. A prime example of such a threat is the current COVID-19 pandemic, with more than eighteen million confirmed cases and over 680 000 deaths worldwide at the time of this publication [1]. All of the diseases with the greatest potential to cause a public health emergency, as identified by the World Health Organization, are driven by viruses of zoonotic origin [2]. These include viruses that cause haemorrhagic fever (e.g. Ebola, Marburg, Dengue, and Lassa viruses), highly pathogenic respiratory coronaviruses (e.g. those causing MERS and SARS), and other viruses (e.g. Nipah, Zika, and Chikungunya). These zoonotic viruses are extremely diverse in nature, as some are transmitted through vectors such as mosquitoes or ticks (e.g. Dengue, Tick-borne encephalitis), whereas human-to-human is the main mode of transmission for others (e.g. Ebola, SARS-Cov2). Some zoonotic viruses have a wide range of natural hosts (e.g. Huaiyangshan, West Nile), whereas others are restricted to specific species such as bats (e.g. Marburg, Nipah) (Table 1). However, most zoonotic viruses have shared characteristics, such as being single-stranded RNA (ssRNA) viruses, and causing mild or asymptomatic infections in its natural host animal, while provoking profound pathologies in humans [3 ]. Understanding the immune mechanisms that allow animal reservoirs to tolerate these viruses will shed light into how viral zoonotic infections progress to severe illness in humans. This review describes the role of Natural killer (NK) cells, a critical component of early antiviral immunity, in the establishment of tolerance to viral infections in natural hosts, as well as their role in the development of disease in nonnatural hosts.