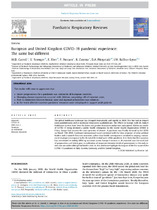 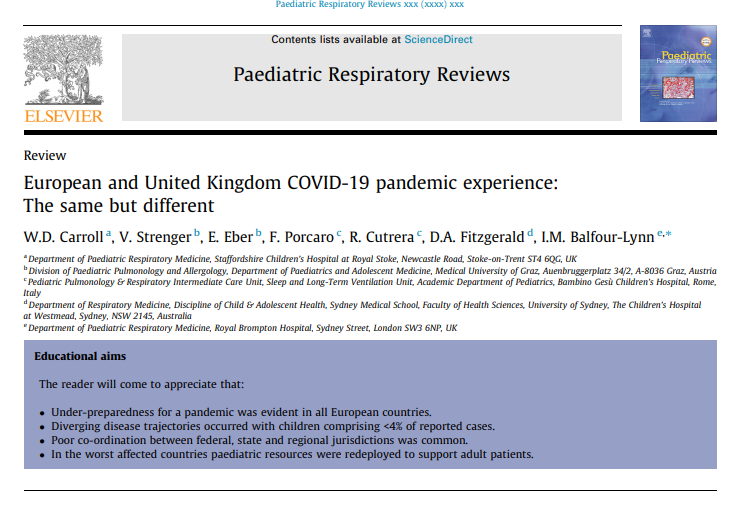 The global healthcare landscape has changed dramatically and rapidly in 2020. This has had an impact upon paediatricians and in particular respiratory paediatricians. The effects in Europe, with its mature healthcare system, have been far faster and greater than most authorities anticipated. Within six weeks of COVID-19 being declared a public health emergency by the World Health Organisation [WHO] in China, Europe had become the new epicentre of disease. A pandemic was finally declared by the WHO on March 11th 2020. Continued international travel combined with the slow response of some political leaders and a variable focus on economic rather than health consequences resulted in varying containment strategies in response to the threat of the initial wave of the pandemic. It is likely that this variation has contributed to widely differing outcomes across Europe. Common to all countries was the stark lack of preparations and initial poor co-ordination of responses between levels of government to this unforeseen but not unheralded global health crisis. In this article we highlight the impact of the first wave of the COVID-19 pandemic in Italy, Austria, Germany, and the United Kingdom.