Reckoning with mortality: global health, HIV, and the politics of data 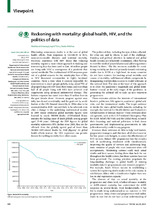 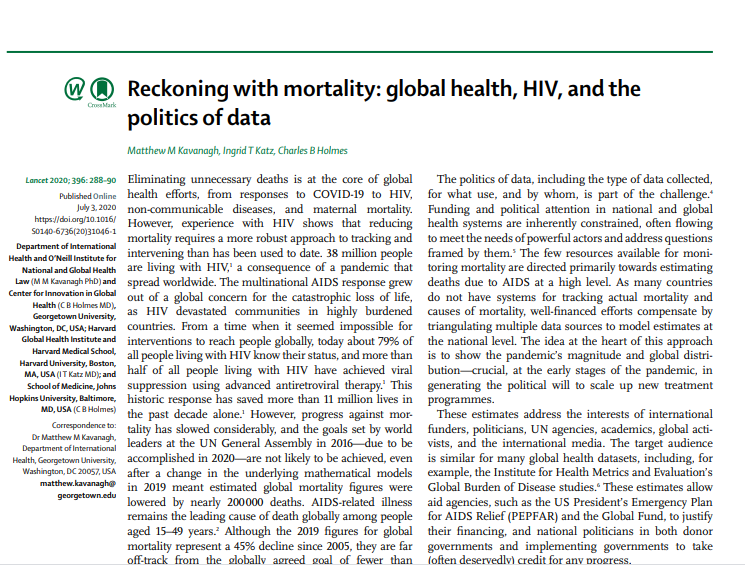 liminating unnecessary deaths is at the core of global health efforts, from responses to COVID-19 to HIV, non-communicable diseases, and maternal mortality. However, experience with HIV shows that reducing mortality requires a more robust approach to tracking and intervening than has been used to date. 38 million people are living with HIV,1 a consequence of a pandemic that spread worldwide. The multinational AIDS response grew out of a global concern for the catastrophic loss of life, as HIV devastated communities in highly burdened countries. From a time when it seemed impossible for interventions to reach people globally, today about 79% of all people living with HIV know their status, and more than half of all people living with HIV have achieved viral suppression using advanced antiretroviral therapy.1 This historic response has saved more than 11 million lives in the past decade alone.1 However, progress against mortality has slowed considerably, and the goals set by world leaders at the UN General Assembly in 2016—due to be accomplished in 2020—are not likely to be achieved, even after a change in the underlying mathematical models in 2019 meant estimated global mortality figures were lowered by nearly 200000 deaths. AIDS-related illness remains the leading cause of death globally among people aged 15–49 years.2 Although the 2019 figures for global mortality represent a 45% decline since 2005, they are far off-track from the globally agreed goal of fewer than 500000 HIV-related deaths by 2020 (figure).1 As global health efforts mature, the HIV experience can provide lessons for tackling mortality from other causes.