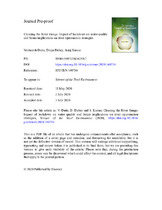 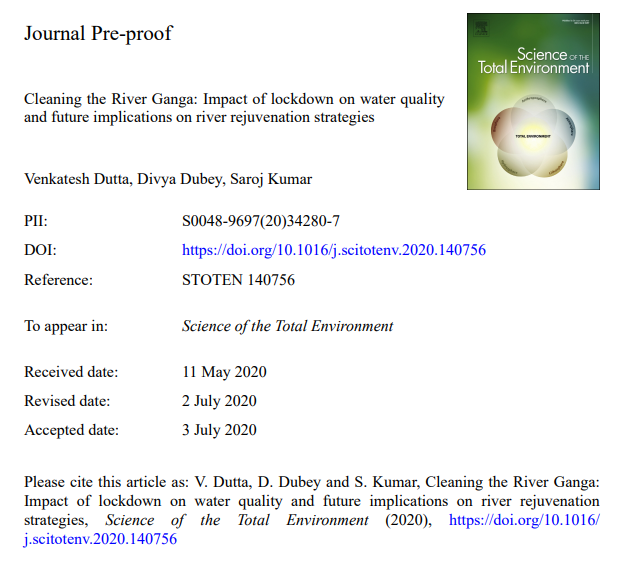 Clean rivers and healthy aquatic life symbolize that the ecosystem is functioning well. The Ganga River has shown signs of rejuvenation and a significant improvement on many parameters, following the eight -week nationwide lockdown due to coronavirus pandemic. Since industrial units and commercial establishments were closed, water was not being lifted by them with a negligible discharge of industrial wastewater. It was observed that during the lockdown period most of the districts falling under the Ganga basin observed 60% excess rainfall than the normal, which led to increased discharge in the river, further contributing towards the dilution of pollutants. Further, data analysis of live storages in the Ganga Basin revealed that the storage during the beginning of the third phase of lockdown was almost double than the storage during the same period the previous year. Analysis of the storage data of the last ten years revealed that the storage till May 6, 2020 was 82.83% more than the average of the previous ten years, which meant that more water was available for the river during the lockdown period. The impact could be seen in terms of increased dissolved oxygen (DO) and reduced biological oxygen demand (BOD) and nitrate (NO 3 -) concentration. A declining trend in nitrate concentration was observed in most of the locations due to limited industrial activities and reduction in agricultural run -off due to harvesting season. The gradual transformation in the quality of the water has given a sign of optimism from the point of restoration. Yet, it is believed that this improvement in water quality is ‘short -lived’ and quality would deteriorate once the normal industrial activities are resumed, indicating a strong influence of untreated commercial – industrial wastewater. The paper concludes that the river can be rejuvenated if issues of wastewater and adequate flow releases are addressed.