Association between climate variables and global transmission oF SARS-CoV-2 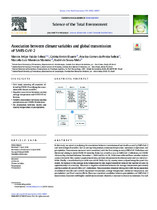 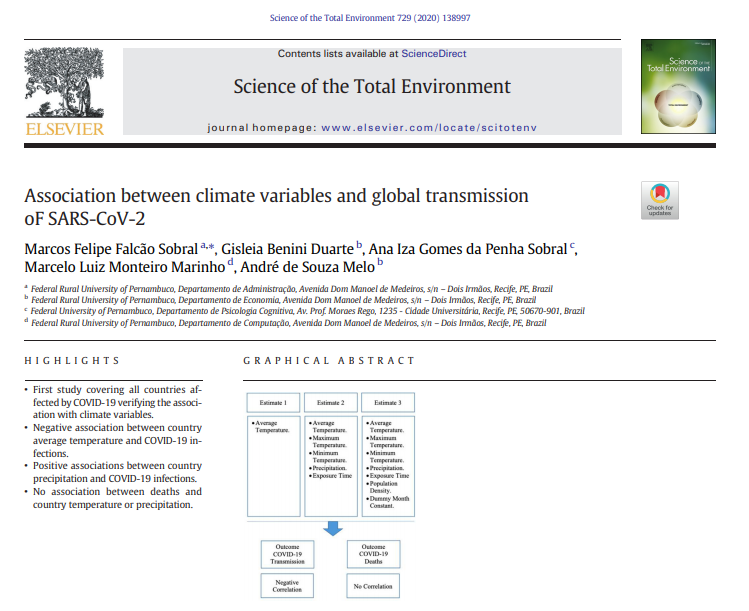 In this study, we aimed at analyzing the associations between transmission of and deaths caused by SARS-CoV-2 and meteorological variables, such as average temperature, minimum temperature, maximum temperature, and precipitation. Two outcome measures were considered, with the first aiming to study SARS-CoV-2 infections and the second aiming to study COVID-19 mortality. Daily data as well as data on SARS-CoV-2 infections and COVID19 mortality obtained between December 1, 2019 and March 28, 2020 were collected from weather stations around the world. The country's population density and time of exposure to the disease were used as control variables. Finally, a month dummy variable was added. Daily data by country were analyzed using the panel data model. An increase in the average daily temperature by one degree Fahrenheit reduced the number of cases by approximately 6.4 cases/day. There was a negative correlation between the average temperature per country and the number of cases of SARS-CoV-2 infections. This association remained strong even with the incorporation of additional variables and controls (maximum temperature, average temperature, minimum temperature, and precipitation) and fixed country effects. There was a positive correlation between precipitation and SARS-CoV-2 transmission. Countries with higher rainfall measurements showed an increase in disease transmission. For each M.F.F. Sobral et al. / Science of the Total Environment 729 (2020) 138997