Impact of meteorological factors on the COVID-19 transmission: A multicity study in China 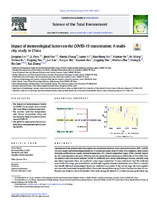 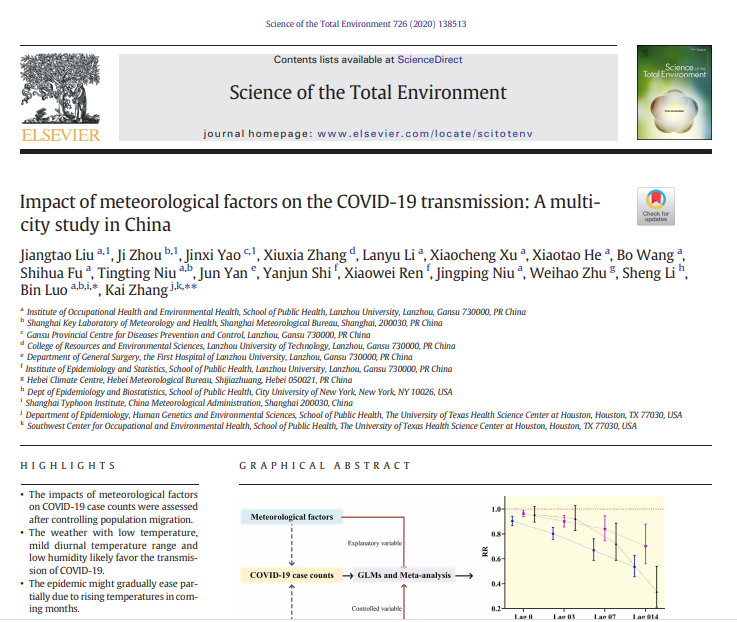 The purpose of the present study is to explore the associations between novel coronavirus disease 2019 (COVID19) case counts and meteorological factors in 30 provincial capital cities of China. We compiled a daily dataset including confirmed case counts, ambient temperature (AT), diurnal temperature range (DTR), absolute humidity (AH) and migration scale index (MSI) for each city during the period of January 20th to March 2nd, 2020. First, we explored the associations between COVID-19 confirmed case counts, meteorological factors, and MSI using non-linear regression. Then, we conducted a two-stage analysis for 17 cities with more than 50 confirmed cases. In the first stage, generalized linear models with negative binomial distribution were fitted to estimate city-specific effects of meteorological factors on confirmed case counts. In the second stage, the meta-analysis was conducted to estimate the pooled effects. Our results showed that among 13 cities that have less than 50 confirmed cases, 9 cities locate in the Northern China with average AT below 0 °C, 12 cities had average AH below 4 g/ m3 , and one city (Haikou) had the highest AH (14.05 g/m3 ). Those 17 cities with 50 and more cases accounted for 90.6% of all cases in our study. Each 1 °C increase in AT and DTR was related to the decline of daily confirmed case counts, and the corresponding pooled RRs were 0.80 (95% CI: 0.75, 0.85) and 0.90 (95% CI: 0.86, 0.95), respectively. For AH, the association with COVID-19 case counts were statistically significant in lag 07 and lag 014. In addition, we found the all these associations increased with accumulated time duration up to 14 days. In conclusions, meteorological factors play an independent role in the COVID-19 transmission after controlling population migration. Local weather condition with low temperature, mild diurnal temperature range and low humidity likely favor the transmission.