Increased ozone levels during the COVID-19 lockdown: Analysis for the city of Rio de Janeiro, Brazil 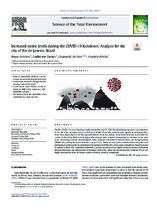 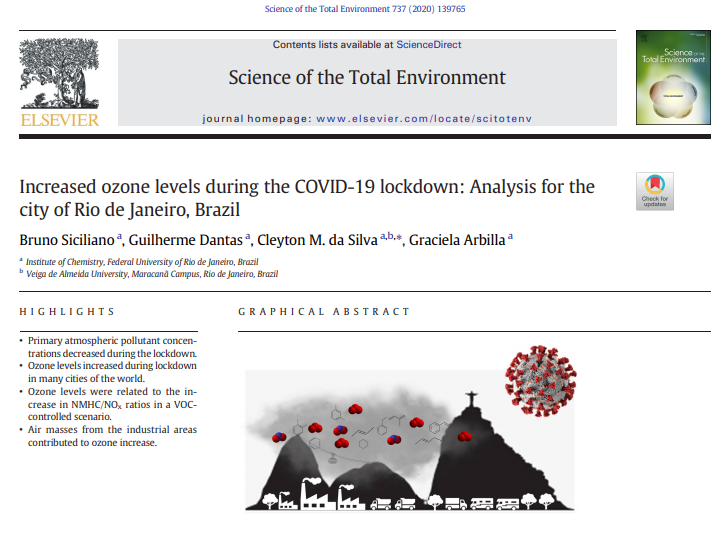 The first COVID-19 case in Brazil was confirmed on February 25, 2020. Partial lockdown measures came into force in the city of Rio de Janeiro, Brazil, on March 23. While CO and NO2 levels showed significant reductions, PM10 levels were only reduced in the first partial lockdown week. By contrast, ozone levels increased in all studied locations. In this study, the factors leading to this behavior were analyzed. Monitoring data obtained at two automatic monitoring stations showed higher ratios between non-methane hydrocarbons and nitrogen oxides (NMHC/NOx) during the partial lockdown (up to 37.3%). The increase in ozone concentrations during the social distancing measures could be attributed to the increase in NMHC/NOx ratios since atmospheric chemistry in Rio de Janeiro is under VOC-controlled conditions. However, the increase was higher when air masses arrived from the industrial areas, not only because of the higher NMHC/NOx ratios, but also because the reactivity of VOC was highly increased by these air masses, which are rich in aromatic compounds.