Lockdown for CoViD-2019 in Milan: What are the effects on air quality? 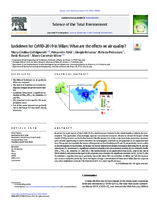 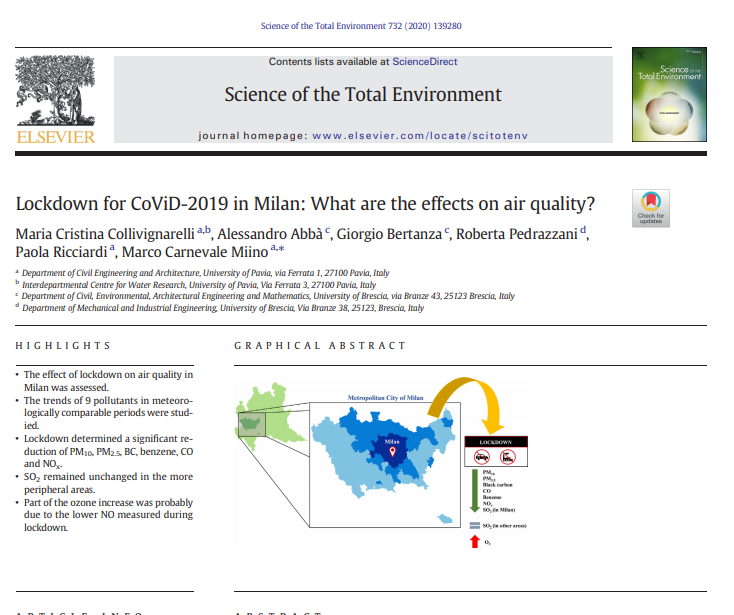 Based on the rapid spread of the CoViD-2019, a lockdown was declared in the whole Northern Italy by the Government. The application of increasingly rigorous containment measures allowed to reduce the impact of the CoViD-2019 pandemic on the Italian National Health System but at the same time these restriction measures gave also the opportunity to assess the effect of anthropogenic activities on air pollutants in an unprecedented way. This paper aims to study the impact of the partial and total lockdown (PL and TL, respectively) on air quality in the Metropolitan City of Milan. As results, the severe limitation of people movements following the PL and the subsequent TL determined a significant reduction of pollutants concentration mainly due to vehicular traffic (PM10, PM2.5, BC, benzene, CO, and NOx). The lockdown led to an appreciable drop in SO2 only in the city of Milan while it remained unchanged in the adjacent areas. Despite the significant decrease in NO2 in the TL, the O3 exhibited a significant increase, probably, due to the minor NO concentration. In Milan and SaA the increase was more accentuated, probably, due to the higher average concentrations of benzene in Milan than the adjacent areas that might have promoted the formation of O3 in a more significant way