The impact of COVID-19 partial lockdown on the air quality of the city of Rio de Janeiro, Brazil 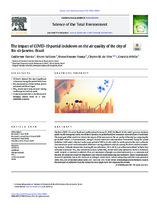 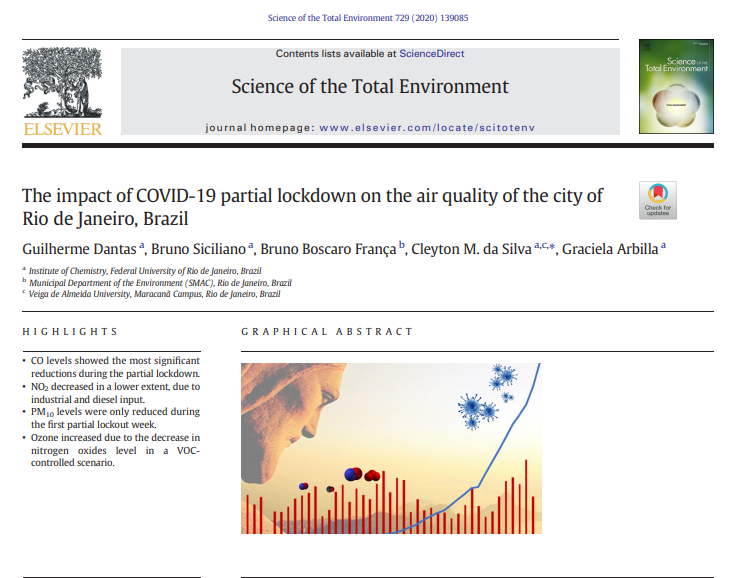 The first COVID-19 case in Brazil was confirmed on February 25, 2020. On March 16, the state's governor declared public health emergency in the city of Rio de Janeiro and partial lockdown measures came into force a week later. The main goal of this work is to discuss the impact of the measures on the air quality of the city by comparing the particulate matter, carbon monoxide, nitrogen dioxide and ozone concentrations determined during the partial lockdown with values obtained in the same period of 2019 and also with the weeks prior to the virus outbreak. Concentrations varied with substantial differences among pollutants and also among the three studied monitoring stations. CO levels showed the most significant reductions (30.3–48.5%) since they were related to light-duty vehicular emissions. NO2 also showed reductions while PM10 levels were only reduced in the first lockdown week. In April, an increase in vehicular flux and movement of people was observed mainly as a consequence of the lack of consensus about the importance and need of social distancing and lockdown. Ozone concentrations increased probably due to the decrease in nitrogen oxides level. When comparing with the same period of 2019, NO2 and CO median values were 24.1–32.9 and 37.0–43.6% lower. Meteorological interferences, mainly the transport of pollutants from the industrial areas might have also impacted the results.