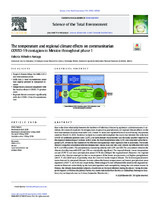 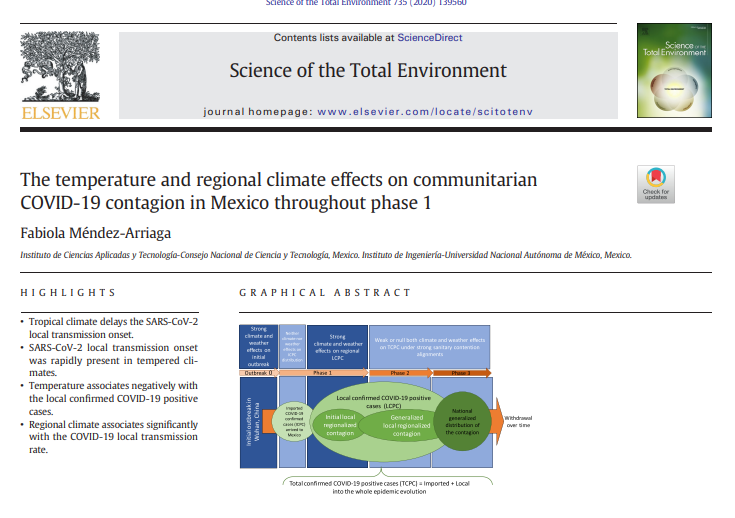 Due to the close relationship between the incidence of infectious diseases by epidemics and environmental conditions, this research explores the temperature, evaporation, precipitation and regional climate effects on the local transmission of coronavirus SARS-CoV-2 inside 31 states and capital of Mexico since February 29 (national onset) to March 31, 2020. Statistical analysis was conducted to explore the association between the daily local COVID-19 confirmed positive cases (LCPC) and both climate characteristics and the daily weather reported by the regional meteorological stations. In this work, the local transmission ratio (LTR) was calculated with the regional LCPC divided by the number of the effective contagion days since regional onset in each state. The results showed a negative association between temperature (mean, max and min) and climate classification with both LCPC and LTR variables. The precipitation associated positively with LCPC and LTR. The associations between the climate classification with LCPC and LTR are statistically significant. The tropical climate (mean temperature around 25.95 °C and mean precipitation around 8.74 mm) delayed the regional onset. However, the regional onset in dry climates emerged earlier as consequence of the lower temperatures and higher precipitations (20.57 °C and 20.87 mm respectively) than the observed in the tropical climate. The fastest regional onsets were observed in tempered climates in states where the lowest temperatures and lowest precipitations were registered (19.65 °C and 8.48 mm respectively). Meteorological factors influenced the trend on the regional outbreaks in Mexican's states likely by the host predisposition and susceptibility during the cold winter season. In Mexico, the climate characteristics played a crucial role on the local infection during the phase 1 being the tempered regions (as Michoacán, Jalisco, Puebla, etc.) more vulnerable than the dry (as Chihuahua, Durango or Zacatecas, etc.) or tropical areas (as Colima, Campeche, Morelos etc.).