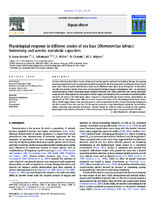 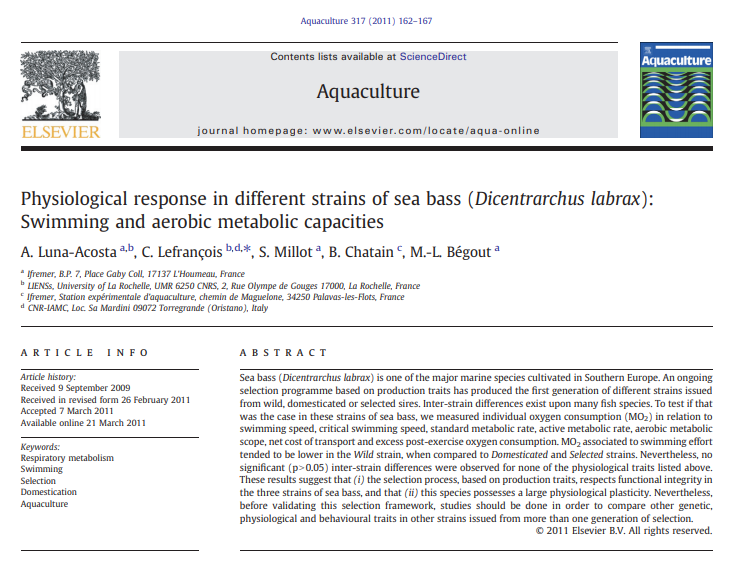 Sea bass (Dicentrarchus labrax) is one of the major marine species cultivated in Southern Europe. An ongoing selection programme based on production traits has produced the first generation of different strains issued from wild, domesticated or selected sires. Inter-strain differences exist upon many fish species. To test if that was the case in these strains of sea bass, we measured individual oxygen consumption (MO2) in relation to swimming speed, critical swimming speed, standard metabolic rate, active metabolic rate, aerobic metabolic scope, net cost of transport and excess post-exercise oxygen consumption. MO2 associated to swimming effort tended to be lower in the Wild strain, when compared to Domesticated and Selected strains. Nevertheless, no significant (pN0.05) inter-strain differences were observed for none of the physiological traits listed above. These results suggest that (i) the selection process, based on production traits, respects functional integrity in the three strains of sea bass, and that (ii) this species possesses a large physiological plasticity. Nevertheless, before validating this selection framework, studies should be done in order to compare other genetic, physiological and behavioural traits in other strains issued from more than one generation of selection.