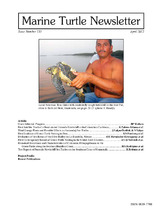 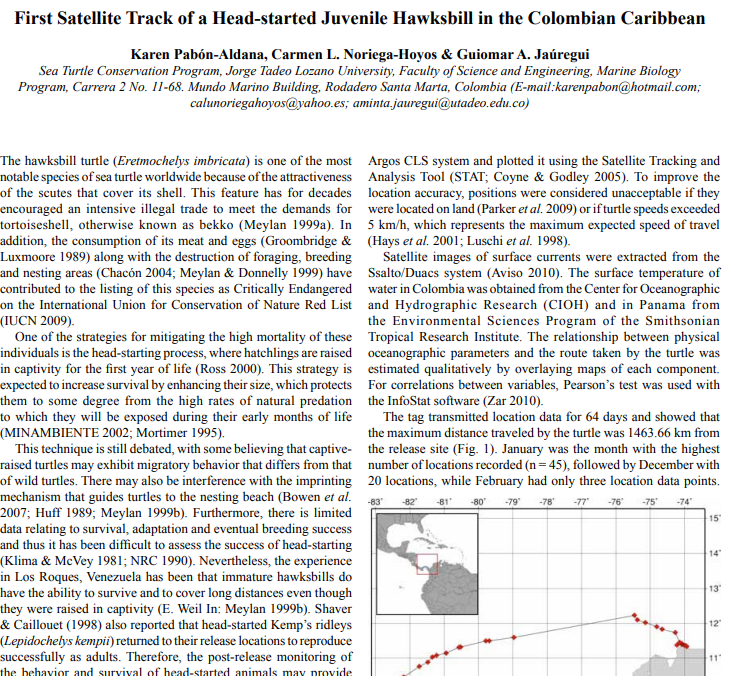 The hawksbill turtle (Eretmochelys imbricata) is one of the most notable species of sea turtle worldwide because of the attractiveness of the scutes that cover its shell. This feature has for decades encouraged an intensive illegal trade to meet the demands for tortoiseshell, otherwise known as bekko (Meylan 1999a). In addition, the consumption of its meat and eggs (Groombridge & Luxmoore 1989) along with the destruction of foraging, breeding and nesting areas (Chacón 2004; Meylan & Donnelly 1999) have contributed to the listing of this species as Critically Endangered on the International Union for Conservation of Nature Red List (IUCN 2009).