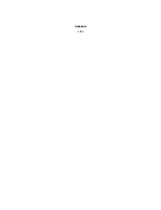 Over recent years, there has been a sharp increase in the various possible forms of poverty and housing vulnerability: from the total lack of shelter of the homeless to the risk of losing their home that now threatens numerous families in medium-low income brackets. At the same time, the traditional linear and standardised housing policies appear no longer adequate to address these phenomena. This book contains the results of a study entrusted by the Tuscan Regional Authority to a working group from the University of Florence and the Fondazione Giovanni Michelucci. The research explores the field of practices for self-production of housing in Italy and the world, through a critical selection of significant experiences, revealing the architectural and social creativity exploited in a large variety of collective actions. The book also contains a reconstruction of housing problems in Tuscany and an overview of alternative approaches to housing policy. The last section is devoted to the research-action on the occupation of the Luzzi, the abandoned sanatorium on the border between Florence and Sesto Fiorentino, a case that illustrates the most significant contradictions and dilemmas gravitating around the housing issue for the new poor: the problem of homeless immigrants; the difficulty of the authorities in managing problems of extreme housing poverty; the role of the associations and organisations of social mediation, and the inherent complexity of achieving a participatory approach to social and town planning research.