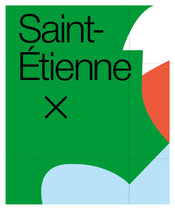 The growth of supermarkets in the suburbs and the shift to online shopping pose an existential threat to shops in our cities, not just in France but throughout Europe. “There are a lot of empty shops in the centre of Saint-Étienne and they affect the atmosphere,” says Josyane Franc, who is a member of the Saint-Étienne Human Cities Team and the Head of International Affairs at the Cité du design. “It’s a serious problem, because small shops are important for neighbourhoods. In their windows, you can see the different elements that make up the city’s identity.” In Saint-Étienne, which is still suffering from the after-effects of industrial decline, the issue is particularly acute. “As a result, people who live in the city centre try to develop new networks and services, and come up with new ideas to revitalise public spaces,” Josyane Franc explains. In 2014, the Cité du design became the leader of the Human Cities project. It was a valuable opportunity to experiment with new ways to co-create the city with citizens. “Several neighbourhoods in Saint-Étienne were undergoing renewal,” says Nathalie Arnould, who is Design Manager at the Cité du design and in charge of incorporating design into municipal and regional policies. “Many residents and groups weren’t happy about this and started to reclaim public spaces, vacant lots and empty shops.” This raised a number of important questions. Can design tools be used to find common ground between citizens, landlords and the authorities? And how can empty spaces be reinvented in a way that supports the regeneration process? The Cité du design launched its experiments in a bid to find answers.